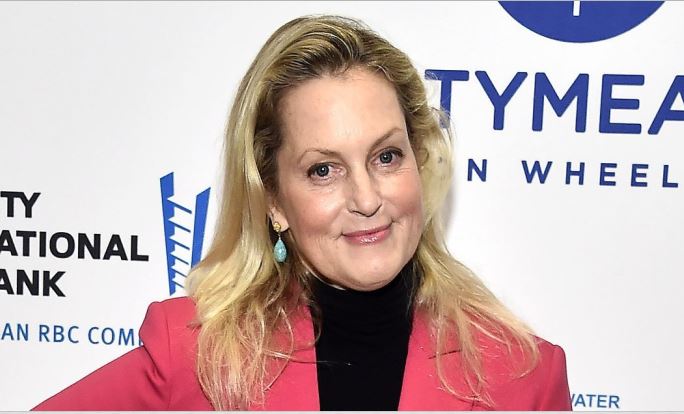 Ali Wentworth is a comedian, actress, book author, and producer from the United States of America. She is known for her roles in ‘In Living Color’, ‘Starz’, ‘Seinfeld’, ‘Head Case’,  ‘The Oprah Winfrey Show’, for which she was a correspondent and Nightcap, a TV series she created, wrote and starred in. She also hosted the show “The Daily Shot with Ali Wentworth” on Yahoo.

How old is Ali Wentworth? – Age

She is from a well-known family born to Muffie Cabot (real name Mabel Bryant Hobart) and Eric Wentworth. Ali’s birth name is Alexandra Wentworth and has a sister by the name Sissy Yates. Wentworth’s mother was the Social Secretary of Nancy Reagan’s White House from 1981 to 1983. Her dad was a Washington Post reporter. Additionally, her stepfather, Henry Brandon, was a correspondent for ‘The Sunday Times of London’ in Washington. Another famous family member was Ali’s maternal grandmother, Janet Elliott Wulsin, who was an explorer.

Ali Wentworth Husband – Who is Alexandra Wentworth married to?

Ms. Wentworth is married to ABC’s chief anchor and political correspondent who is also a co-anchor with Robin Roberts and Michael Strahan on GMA, George Stephanopoulos. The couple have been married since November 20, 2001. They met on a blind date in April 2001 and began their relationship shortly afterwards. What followed was their engagement that took place in June 2001 and wedded at the Archdiocesan Cathedral of the Holy Trinity on New York City’s Upper East Side.

Wentworth started her career in acting through a role in the 1992 to 1994 Fox sketch comedy series In Living Color, where she was renowned for impressions of Cher, Amy Fisher, Hillary Clinton, Princess Diana, Brooke Shields, Lisa Marie Presley, Sharon Stone, and other characters. Candy Cane, a deranged children’s show host who had a series of poor relationships with her male colleagues, and the promiscuous teenage daughter of Grandpa Jack McGee (Jim Carrey) on The Dysfunctional Home Show, were her recurring characters.

On The Tonight Show with Jay Leno and The Oprah Winfrey Show, Wentworth made correspondent appearances. “In 1995, in the unforgettable “Soup Nazi” episode of Seinfeld, she played Jerry Seinfeld’s girlfriend Sheila (“Schmoopie”). In the Warner Bros. (WB) series Felicity, she had a recurring role. She co-hosted the Living It Up! syndicated talk show in 2003, With Jack Ford with Ali & Jack.

On the Starz television network, Wentworth appeared in the comedy Head Case.  She starred as a guest on the NBC show The Marriage Ref. Daily Clip, a short daily talk show segment on Yahoo! Shine, is hosted by Wentworth. In 2016, Wentworth produced starred in Nightcap. The series lasted two seasons.

Aside from being in the entertainment industry, Ali is also a book author with several publications in her name. They are:

She has an estimated net worth of $16 million as of 2020. She has acquired her fortune from her career as an actress, comedian, author, and producer.