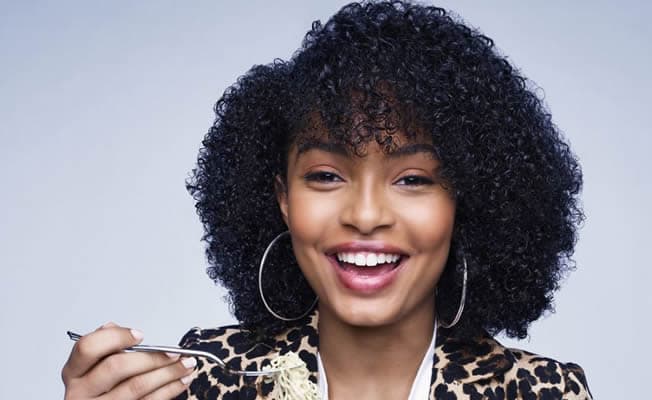 Yara Shahidi is a young talented American actress from Minneapolis, Minesota. She is most known for her roles on the American sitcom Black-ish as Zoey Johnson, the oldest daughter of the Johnsons, since 2014 and on its spin-off Grown-ish since 2018. Yara’s full name is Yara Saleh Shahidi. In addition to her career in the entertainment industry, Shahidi is also an activist and model.

How old is Yara Shahidi? – Age

Yara is the daughter of Afshin Shahidi, a photographer and Iranian-American, and Keri Salter Shahidi, an African-American. She is the oldest amongst her two siblings, both brothers: model and child actor Sayeed Shahidi and Ehsan Shahidi. The family moved to California when Yara was 4 years old as a result of her father’s work. According to their mother, Keri, in Farsi, Sayeed means “Blessing”, Yara means “Someone who is close to your heart”, while Ehsan means “ To act as though God is watching”.

Yara began her acting career at the age of six as a child appearing on advertisements. She was on ads for such companies as Disney McDonald’s, The Children’s Place, GapKids, Ralph Lauren, and Target. Her mother often had her back alongside her younger brother while they worked on various campaigns for both print and broadcasting.

In 2009, she made her debut in cinema in the comedy Imagine That, starring Eddie Murphy. Her performance was applauded so much that she was nominated for a Young Artist Award. In 2010, she made another movie appearance in the film Salt starring Angelina Jolie. In 2012, Yara ventured into television series acting with her role as Chloe Johnson in “The First Family,” the daughter of President William Johnson.

Shahidi’s memorable role began in September 2014 in the comedy series Black-ish on ABC. She portrayed the role of Zoey Johnson, the 14-year old first child of Rainbow (Tracee Ellis Ross) and Dre Johnson (Anthony Anderson). In December of the same year, she received an NAACP Image Award after winning in the category of ‘Best Supporting Actress in a Comedy’.

In 2017, ABC announced that Black-ish would have a spinoff series by the name Grown-ish. Yara was chosen to headline the new series which premiered on 3rd January 2018 on ABC’s sister network, Freeform. Grown-ish is mainly focused on Zoey, the Johnsons’ eldest daughter during her stay in college and as she is transitioning into a young adult.

Yara Shahidi as an activist

Yara is an activist who aims at encouraging her peers to take part in elections by voting. She founded Eighteen x 18 with social news publisher NowThis, a platform to enable her achieve her goal. She is also the founder of Yara’s Club, a partnership with Young Women’s Leadership Network (YWLN) of New York, which provides online mentorship in hopes to end poverty through education.

As a model, Yara got signed in by New York’s Women Management modeling agency in 2016. She took up modelling to provide women of color with a platform to take part in diverse roles. In 2018, Yara was named as one of the best dressed women by Net-a-Porter, a fashion website. She was also among fifteen women who were selected by Meghan Markle, guest editor of British Vogue, to appear on the cover of the magazine’s September 2019 issue.

For her efforts in activism, Michelle Obama, USA’s former first lady wrote Yara a letter of recommendation to Harvard University.

What is Yara Shahidi’s Net Worth?

Yara has become a sensation with several acting roles crossing her path. She has an estimated net worth of about $1 million.