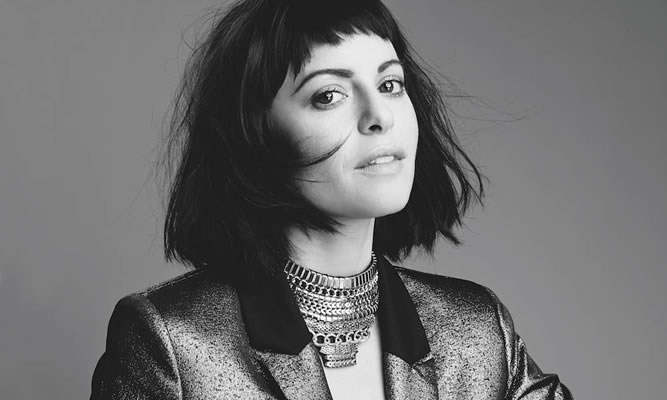 Sophia Amoruso is a businesswoman from the United States of America. She is known as the Founder of Nasty Gal, a retailer of young women’s’ fashion as well as her other creation, Girlboss Media, a resource for women in the millennial generation to progress professionally and personally. Nasty Gal filed for bankruptcy before Amoruso formed Girlboss Media.

She is also a writer with such works as #GIRLBOSS, her autobiography from 2014, “Nasty Galaxy” and “The Girlboss Workbook: An Interactive Journal for Winning at Life”. Netflix adapted #GIRLBOSS into a television series by the same name.

How old is Sophia Amoruso? – Age

Born in San Diego, Amoruso has Greek, Italian, and Portuguese ancestry. She lived with her parents until their divorce while she was in high school and she moved to Sacramento, California. Prior to her moving, Amoruso was home-schooled after she was diagnosed with depression and attention deficit hyperactivity disorder (ADHD). She also took up jobs while growing up, with her first being at a Subway restaurant.

She describes her young adult life as one of a nomad. She went hitchhiking on the West Coast, stole and did dumpster diving. She was caught stealing in 2003, was fined by the store and this led her stop the act. She also moved to San Fransisco from Portland and community college.

Amoruso was married to a man known as Joel DeGraff from 2015 until their divorce in 2017. In an interview she gave in 2017, Amoruso said that DeGraff just walked out of their marriage, just before her company Nasty Gal filed for bankruptcy. She also talked of moving on to dating an old friend. She did not mention his name but spoke of him passionately. She said that she lives with him, their families had spent Christmas together and that they were collaborating on her book back then.

As Amoruso attended community college, she worked at an Francisco’s Academy of Art University as a security guard. At the age of 22, she opened an online store on eBay and named it Nasty Gal Vintage. This name is from funk singer Betty Davis’ 1975 album. Amoruso mainly sold vintage clothing and other items through her store and shipped the products herself. After 6 years, the store had turned into a 100 million dollar business. She was banned from eBay in 2008 and she decided to make the business it’s own retail website.

Nasty Gal’s revenue grew fast from $223,000 in 2008 to almost $23 million in 2011. She was named among Inc. Magazine’s 30 under 30 list in 2013. In 2014, her autobiography #GIRLBOSS was published by Portfolio, a Penguin imprint that specializes in books about business and Netflix adapted it into her television series in 2016. However, the company filed for Chapter 11 bankruptcy protection in November 2016 and Amoruso stepped down as executive chairwoman.

How much did Sophia Amoruso sell Nasty Gal for?

Amoruso moved on and in December 2017, she founded another venture, Girlboss Media. This is a company that creates editorial content, videos, and podcasts aimed at a female audience. She grew the company by holding rallies known as “Girlboss Rallies”, weekend-long instructional events for young entrepreneurs for around $500-$1400. It’s main goal is to encourage millennial women to follow through with their different personal and professional pursuits. Many women use this resource to find others like them in their pursuits.

What is Sophia Amoruso’s Net Worth?

The Founder and CEO of Girlboss has a reported net worth of $5 million.

You can find Sophia on Twitter using the username @sophiaamoruso