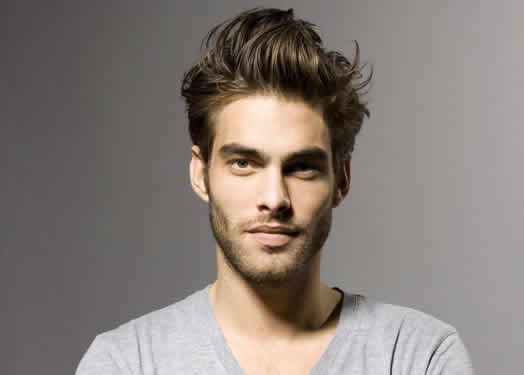 Jon Kortajarena is a Spanish model and actor who is well known for participating in advertising campaigns for the fashion brands Tom Ford, H&M, Guess and Zara. He has also been on campaigns for several other brands like Diesel, Versace, Trussardi, Etro, Just Cavalli, Bally Mangano, Pepe Jeans, Lagerfeld, and Giorgio Armani.

Jon’s career in modeling has been successful that he was ranked 8th by Forbes in The World’s 10 Most Successful Male Models on June 26, 2009. He was also ranked #4 on Models.com’s Top 25 The Money Guys list.

Where does Jon Kortajarena live?

From Spain, Kortajarena resides in Shoreditch, London. He is fluent in English, Basque, and Spanish.

Kortajarena is not married neither has he ever been married. He is openly gay and is famously known for dating Welsh actor Luke Evans. The two began their relationship in 2014 and carried it on for two years before they split.

Jon is not yet a father to any child.

At the age of 18, in September 2003, Kortajarena was discovered while on vacation with a friend who had been invited to attend a fashion show in Barcelona. He was noticed by a booker who then persuaded him to give the fashion world a go. His first professional experience was in a Madrid Fashion Week show for Roberto Verino. He left Bilbao, his hometown, and ventured into the fashion industry in Paris.

In 2004, he became the face of Just Cavalli for Roberto Cavalli’s spring campaign which quickly kick-started his career. He made his international fashion show debut at the fall Milan and Paris fashion weeks for Emporio Armani and John Galliano. Two months later, in New York, Steven Meisel photographed Jon for Versace.

He has also been credited for appearing on other runways that include walking for Bottega Veneta, Dolce & Gabbana, Salvatore Ferragamo, Carolina Herrera, Giorgio Armani, John Galliano, and Chanel in Milan and Paris. In 2005, Kortajarena appeared in a commercial for the sugar-free, Fanta Z “Mediterraneo”, a TV ad that poked fun at the departed Fanta Lite. The ad content drew negativity from Britain which made it restricted to the post-9pm broadcasts.

Kortajarena got signed to GUESS? in 2007 and in 2008, he renewed his contract with the fashion brand. With new campaigns on the stands, Terry Richardson photographed Kortajarena for Tom Ford alongside Noah Mills and became the label’s signature male model for the next consecutive seasons. He was also featured on the cover of the spring/summer 2008 issue of L’Officiel Hommes magazine, devoting him 200 pages, with the cover title reading “200 Pages of Fashion with Jon Kortajarena”. This was the first time a male model had achieved this and consequently, it became a reference in the industry; other models to follow such honor were Andres Velencoso and Arthur Sales.

For the 2009 spring men’s wear and eyewear advertising campaigns, Jon was art directed and photographed, by Tom Ford himself, for the first time. In 2010, he appeared on campaigns with the likes of Esprit, H&M and True Trussardi. He also modeled for Pepe Jeans fall/winter Campaign alongside Alexa Chung.

He got selected to model in Lacoste’s advertising concept known as “Unconventional Chic” in 2011. Marcus and Mert shot the ads that showed the models wearing the iconic white Lacoste polo shirts worn over eveningwear. In March 2011, Kortajarena was on the front cover of the issue of Vogue Spain alongside Anja Rubik and compatriot Andres Velencoso.

He landed another job as the protagonist for the special video version of Roberto Cavalli Men’s Spring/Summer 2012 runway, having been described as “an icon of charm and masculinity”. He also opened the show held at the Palazzo Serbelloni in Milan. For the fall campaigns, he became the face of David Yurman for the third consecutive time and was photographed by legendary photographer Peter Lindbergh.

Jon has had a successful career in modeling as well as his roles in acting. This makes him worth millions of dollars with an estimate of $82 million.