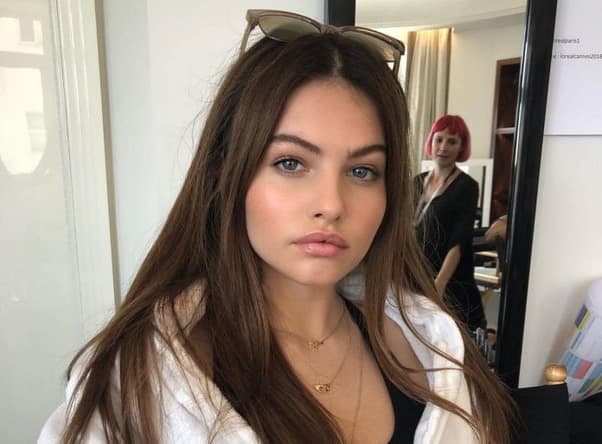 About “The most beautiful girl in the world”

Thylane Blondeau is a run way model and actress from France. She has been a model since her tender years as a child. She first appeared on the run way at the age of 4 and was later named ‘The most beautiful girl in the world’ for her first time.

Where is Thylane Blondeau from?

She was born in France, making her a French citizen. She is from the town of Aix-en-Provence.

Born in a family of two in Aix-en-Provence, France, as Thylane Léna-Rose Loubry Blondeau, the young adult is the daughter of footballer Patrick Blondeau and TV presenter and actress, Véronika Loubry. She has a younger sibling, a brother.

Ever since she was 4 years old, Thylane has been a model. It is what she is known for. She began her career walking for the French designer Jean Paul Gaultier. She also walked for other well known designers such as L’Oréal, Dolce & Gabbana and babylos. Thylane’s first photoshoot was when she was 7, with Dani Brubaker.

From 2005 to 2016, she was a model representative of ‘success kids’, a French modelling agency. At the age of 10, photos of Thylane were published in a magazine, displayed as she put on make-up and in adult clothes. The photos sparked up critism and the discussion of children sexualization in advertisements. At the time, she had posed for Vogue Enfants, a Vogue Paris supplement.

Thylane’s career as a child model got her to appear on numerous fashion magazines and walk for renown fashion houses. At 13 years old, she was on the cover of Jalouse magazine. She then got signed with IMG Models in 2015,

Thylane’s actual net worth is not known publicly as it has not been calculated by a credible and believable source. However, from her many years as a model and from her clothing brand, we can estimate her earnings to lead her into millions in net worth.