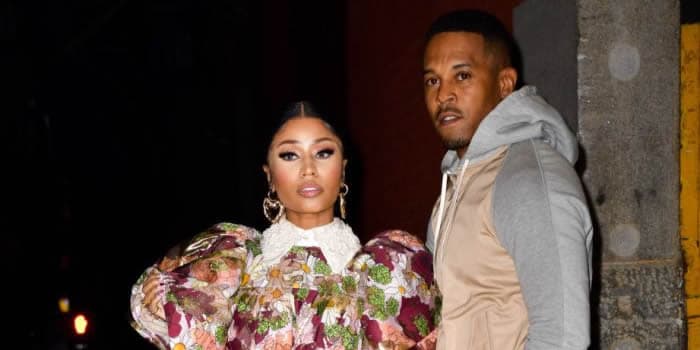 Who is Kenneth Petty? – Petty’s Biography

Kenneth Petty is an American music executive whose professional name is Zoo Bang and he is most of all infamous for his romantic relationship with American female rapper, Nicki Minaj. He is Nicki’s husband, a formerly convicted person and level two registered sex offender in the state of New York. He was in jail between 2006 and 2013 on manslaughter charges in New York.

On 4th March, U.S. Marshals arrested Petty for failing to register himself as a sex offender in the state of California. He surrendered himself to the authorities and spent his time in federal custody before being released on a bond.

Petty has had several brushes with the authorities, his first major arrest being on 16 September, 1994 in New York. It was at this time that he was booked as a sex offender by the New York Police Department for having sexual encounters with a 16-year-old girl. He was also 16 years old at the time. He allegedly had a cutting object during the attempted attack which he was reported to have used to force the girl to have sex with him. On April 5, 1995, he was sentenced to 18-54 months in prison. After 4 years, he was released from jail in January of 1999.

In 2006, he was involved in another legal issue. He was accused of shooting and killing Lamont Robinson on 27th April, 2002. He was again thrown in jail and sentenced to 10 years behind bars and he ended up serving 7 years out of the ten. He became part of a supervised release program upon his release in 2013 until 2018. Even in jail, it seems that Petty couldn’t keep off from trouble. From the many violations involving him, he had 4 months in solitary confinement. After he was released, he brushed with the authorities in September 2018 for driving while his license was suspended.

In July 2019, Petty moved from New York to California, a move that required him to get registered as a sex offender in his new place of residence too. However, he failed to register as a sex offender in California and on 4th March 2020 he was arrested again by the U.S. Marshals Service. Under the Sex Offender Registration and Notification Act, offenders are legally required to update registration in “each jurisdiction they reside, are employed, or attend school.” Failure to properly register and update personal information within a jurisdiction is considered a federal offense and can result in fines and a maximum 10-year prison sentence.

He pled not guilty and was let go on a $100,000 bond, according to TMZ reports. He was ordered to abide by a set curfew and wear an ankle monitor as well as hand over his passport, limiting him to traveling outside of Southern California. He was also ordered to keep off from drug use, which includes marijuana despite it being legal in the state. His court date was set to March 23, 2020.

Nicki and Petty are reportedly to have had been in a relationship when the female rapper was 16 years old. They became estranged until 2018 when they picked from where they had left off with Nicki announcing that they were dating in December, nd often referred to him as “Ken to her Barbie.” Their relationship allegedly led to their marriage, a move that was kept secret until Nicki made the announcement of her marriage to Petty on her official Instagram page. She mentioned October 21, 2019 as their wedding day. According to E!News, the couple reportedly got a marriage license in a Beverly Hills Courthouse at the end of July 2019.