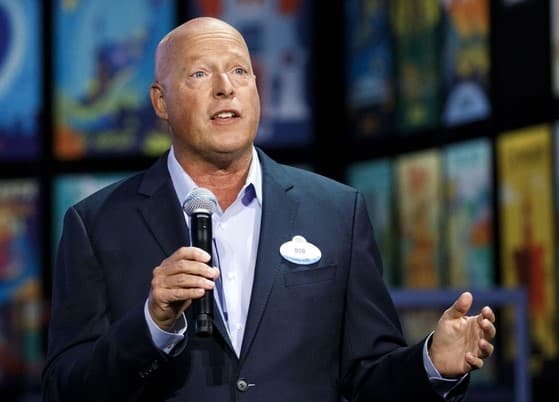 Who is Bob Chapek? The new CEO of Walt Disney

Bob Chapek, full name: Robert Chapek, is a businessman and media executive who is the seventh and current CEO (chief executive officer) of The Walt Disney Company. Mr. Chapek rose to the level of CEO from the title of Chairman of Disney Parks, Experiences and Products, on 25th February 2020 after the preceding CEO, Bob Iger, stepped down from the position.

From Hammond, Indiana, Bob was born to a World War II veteran and a working mother. There is no mention of siblings. He has always had interaction with Disney since his childhood years as his family made trips to Disney World annually. Chapek schooled in his hometown, graduating from Clark High School in 1977. He proceeded to Indiana University to study a bachelor’s degree in microbiology. After graduation, he joined Michigan State University for his Master of Business Administration Degree.

The seventh CEO of Disney is married to Cynthia Ann Ford. The couple got married in 1980 and have since raised three children. They are also grandparents to three kids from their children.

How Bob Chapek rose to the level of CEO of Disney

Upon completing his studies, Mr. Chapek found himself a job at H. J. Heinz Company in the department of brand management. At the same time, he did advertising for J. Walter Thompson, now Wunderman Thompson. In 1993, he joined The Walt Disney Company. His titles at Disney began when beacame the unit president of Buena Vista Home Entertainment, Walt Disney’s Studios Home Entertainment. He had worked at the unit upon joining the company in 1993.

Chapek remained in the unit president position until 2006 when he rose to become the worldwide president of for the homevideo of Disney, a position he held until November 2009. For the next two years, Chapek was the president of distribution for Walt Disney Studios.

In September 2011, he was appointed as the president of Disney Consumer Products. He then rose to the position of Chairman of Walt Disney Parks and Resorts on 23rd February 2015. He replaced his predecessor Thomas O. Staggs who had risen to the position of COO (Chief Operating Officer) of Disney in the same month. In March 2018, as part of the company’s strategic reorganization Chapek’s unit, the Walt Disney Parks and Resorts was merged with the Disney Consumer Products and Interactive Media segment and was renamed Walt Disney Parks, Experiences and Products. As chairman of the former, Chapek was named as the chairman of this new segment.

Chapek held on to his position until February 2020 when he was named as the successor of Robert Allen Iger, popularly known as Bob Iger, the sixth and former CEO of Disney as he stepped down from the position. The announcement was made on February 20, 2020. Iger was also announced to be remaining in the company until 2021 as an executive chairman.

Chapek’s salary and net worth have not yet been made public.

Bob Chapek and Bob Iger on an interview