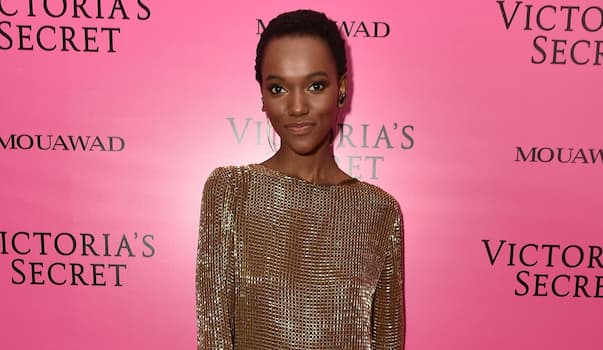 Herieth Paul is a model from Tanzania who is known for having walked for such names as Tom Ford, Diane von Fürstenberg, Calvin Klein, Lacoste, 3.1 Phillip Lim, Armani, and Cavalli. Ms. Paul began modeling in 2009 and has since been signed to several modeling agencies such as Elite Model Management in New York, London, AMTI: Toronto in Toronto among others.

Herieth was born to Nsia Paul, her mother. Her father’s name is not known. She has a sibling, a sister known as Floyd Happiness. Herieth’s mom is a diplomat at the Tanzania High Commission in Ottawa. The family moved to Ottawa, Ontario, Canada when Herieth was 14 years old due to her mother’s work and they have lived there ever since.

How Herieth Paul became a model

While living in Canada, Herieth went to a 2009 Angie’s AMTI open casting call, a modeling agency based in Ottawa, Ontario, Canada. It was at the open call that she was discovered to become a model. In June 2010, Herieth got signed with Women Management New York, and began modeling. Since then, she has featured on the fashion editorials Teen Vogue, Vogue Italia magazine, wonderland and i-D. On Vogue Italia, she appeared on the cover with Freja Beha and Arizona Muse.

On Elle’s July 2011 issue, was Herieth on the cover. The cover’s caption read: “Naomi Move Over. Why We’re Hot For Herieth.” She also featured on Tom Ford’s Fall/Winter 2013 campaign, alongside two other models. The campaign was photographed by Tom Ford and was named as one of the top ten campaigns of Fall 2013 by The Business of Fashion and by Racked.com. She has also appeared in other beauty campaigns by Tom Ford as well as for cKone.

Maybelline New York is an American cosmetics brand company which is a subsidiary of French cosmetics company L’Oréal. Herieth signed with Maybelline in 2016 and has grown to become one of the brand’s global spokespeople.

Ms. Paul has walked for the lingerie brand, appearing on three consecutive shows by Victoria’s Secret.

Herieth’s actual net worth is not known. Though it is estimated that the Maybelline model is worth millions from her time and success in modeling.