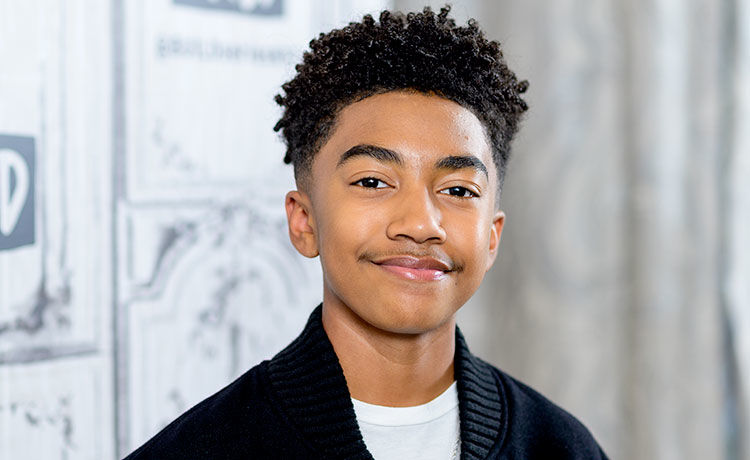 Miles brown, also known by his stage name Baby Boogaloo, is an American actor, dancer and rapper. He is a young actor who is best known for his role as Jack Johnson in the ABC comedy series Black-ish. Miles is also a dancer. He participated on the ‘America’s Got Talent’ show season five where he got to the semi-finals and later on competed on the children’s dance competition series ‘Dancing with the Stars: Juniors’ as well as appeared on several music videos as a dancer, the Ellen show and the children’s show Yo Gabba Gabba!.

He joined a dance team called Emanon and started dancing as early as the age of 3. Miles’ first TV appearance was on Yo Gabba Gabba!.

Miles was b0rn in a family of two children born to rapper Jack Brown, also known as Wild Child, and his wife Cyndee Brown. He is the younger one with an older sibling; a sister known as Kiana Brown. Kiana is known for being a showcase director a Los Angeles-based organization called RAW: Natural born artists.

The family lives in California. Jack Brown introduced his son to the entertainment industry at a very young age and has also been of huge support to Miles’ career in the industry.

Miles first became known to people as a dancer when he was three years old during his first performance in the Yo Gabba Gabba! show, in 2007. He showed his dancing skills to a large audience of family and friends after that show and that is when he unleashed his acting skills. He has attributed his dancing prowess to watching Michael Jackson, Soul Train, James Brown and The Electric Boogaloos.

Brown later on took part in the dancing reality show ‘Dancing with The stars: Juniors’. He was paired with a dance partner by the name Rylee Arnold and the pair did a fantastic performance in the semi-finals. They managed to finish second on December 2,2018.

Professionally, Miles began acting at the age of five. He began by featuring in films and television series such as Battlefield America, Raising Hope, Shameless, The Thundermans and Drunk History. He is most famous for his role in the American sitcom, ‘Black-ish’ since it’s premiere to date. He has also appeared in other television shows such as The Steve Harvey Show, Conan Talk Show, and The Ellen De- Generes show.

Brown’s career in the entertainment industry as an actor has been quite a success, hence, in both 2017 and 2018, he was nominated for a Screen Actors Guild Award.

Miles has been a star actor on the sitcom Black-ish that is based on the daily lives of a higher middle class family. On the show, Miles plays the role of Jack Johnson alongside Anthony Anderson, Laurence Fishburne, Tracee Ellis-Ross, Yara Shahidi, Marcus Scribner and Marsai Martin, who play roles of Jack’s immediate family members.

The show has been running since for seven seasons as of October 21, 2020 since it’s premiere on September 24, 2014. There have also been several spin-off series from the Black-ish show and they include: ‘Grown-ish,’ ‘Mixed-ish,’ and TBA ‘Old-ish’ show.

Miles is a member of the Jr. NBA Leadership council which is a group of select NBA/WNBA players, coaches, legends as well as celebrities whose role in the council is to provide thought, insight and leadership to the growth of the Jr. NBA brand.

Miles’ role is that of a Jr. NBA reporter which leads him to travel to marquee NBA and Jr. NBA events to provide live and recap coverage, conduct player interviews and take viewers on a behind-the-scenes look into NBA arenas and games.