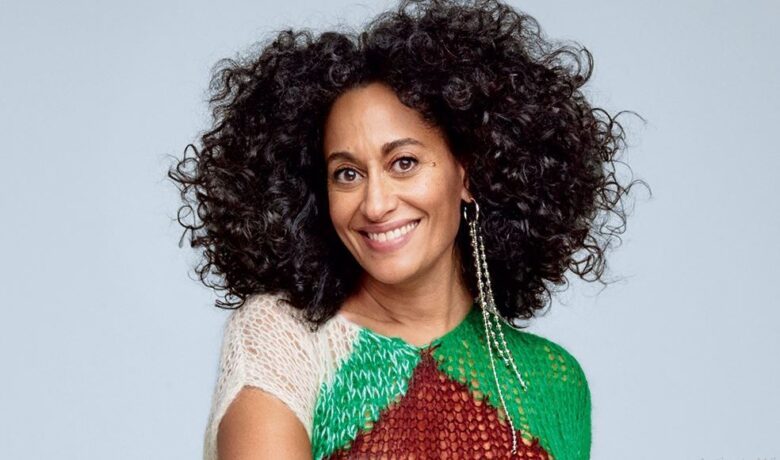 Tracee Ellis Ross born in American as Tracee Joy Silberstein is an actress, singer, television host, entrepreneur, and producer who is recognized widely for her lead roles in the television series Girlfriends and Black-ish.

Ross was born into an American family of celebrities, her mother African-American Diana Ross, is an actress and Motown recording artist and her Jewish father Robert Ellis Silberstein is a music executive and businessman. She is the stepsister of musician and actor Evan Ross. She has two sisters; Chudney Lane Silberstein and Rhonda Ross Kendrick, who is a singer-songwriter, actress, and public speaker. Tracee acquired three step-siblings after her mother married Arne Næss Jr. in 1985: Katinka, Christoffer, and folk singer Leona Naess; she remains loyal to both of them. They welcomed their two half-brothers, Ross Arne in 1987 and Evan Ross in 1988 before their mother and Naess divorced in 1999. Naess married Camilla Astrup following their divorce.

Tracee has never been married. However, she was in a relationship with music manager Abou “Bu” Thiam and their love affair was well kept as private and only confirmed after they had already broken up. A report that she was dating Black-ish creator Kenya Barris started spreading in January 2020. In 2019, Kenya and Dr. Rania “Rainbow” Barris, his wife of 20 years, declared their decision to divorce. Interestingly, the character of Tracee in the show was inspired by the wife of Kenya. Also, Tracee has no child.

Ross made her big-screen debut in 1996, in the indie feature film Far Harbor, portraying a Jewish/African-American actress. She debuted as host of The Dish, a Lifetime TV magazine series that keeps tabs on popular culture, the following year. In 1998, in the NBC made-for-TV movie Race Against Fear: A Moment of Truth, she starred as a former high school track star who remained silent about being abused by a coach. Her next role was an independent feature film entitled Sue. In 2000, in Diane Keaton’s Hanging Up, she landed her first major studio role.

She broke into comedy the same year as a recurring performer in the MTV series The Lyricist Lounge Show, a hip-hop variety series combining songs, dramatic performances, and satirical skits. She appeared in Kanye West’s “Touch The Sky” MTV music video in February 2006, playing the part of Kanye’s ex-best friend. Ross will appear in the adult animated sitcom Jodie, the first of a series of spin-offs based on the Daria franchise of MTV, and executive produce it. In 2015, Brown University awarded her an honorary doctorate of fine art. Ross made her singing debut, releasing The Highnote soundtrack album. On the second night of the 2020 Democratic National Convention, Ross will take over.

She played the role of Joan Carol Clayton, Esq, the unofficial “den mother” of the group in the American sitcom television series Girlfriends. Joan is one of the main characters on “Glee” She met Toni when they were children and met Lynn in college. She gave up her law career to pursue her dreams. At the end of Season 7, she became engaged to Aaron Waters, whom she met while rehabilitating homes in New Orleans damaged by Hurricane Katrina. Joan owns a home in Larchmont Village.