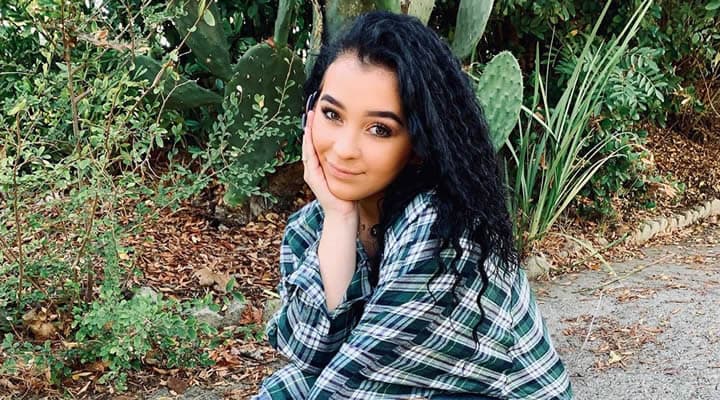 Who is Danielle Cohn? – Biography

Danielle Cohn, also known as Dani Cohn, is an American YouTuber, social media megastar, recording artist, model and actress who became popular via the TikTok application. She has since grown her following on other social media platforms such as Instagram with over 4.7 Million followers and over 1.6 Million subscribers on her YouTube channel as of the time of writing this article. On her channel, she shares content on her own music as well as her relationships. As a recording artist, Danielle is signed to Audity Music.

The YouTuber‘s actual age is quite a mystery. According to the star, she was born on March 7, 2004 in Florida, United States, making her 16 years old as of 2020. However, her dad revealed on a lengthy Facebook post that the YouTuber is 2 years younger than the age she claims, that is, 14 years as of 2020. Dani denied the claims by her father but her real age is still a hot topic.

Danielle was born to Dustin Cohn and Jeniffer. Her parents are separated and Dani lives with her mom who is also her manager. Jeniffer quit her job to support her daughter in taking her career a notch higher.

Dani is from Florida and grew up in Orlando. Her first videos on the social platforms were filmed in Florida until her family’s move to Los Angeles after her breakout on Musica.ly, to help her build her career.

Mikey Tua is also an American YouTube star and Dani’s boyfriend. The couple often film videos together focusing on their relationship and share with their followers. They caused the Internet to catch fire with some of their videos, particularly one in which Dani claimed to be pregnant. However, it turned to be one of their many pranks.

Their relationship, just any other normal relationship, has had it’s ups and downs. For example, in 2019, the two broke up, causing a stir in their fan-base. There also have been issues about their ages and the content of their pranks that has not sat well with most especially Mikey’s parents. The got back together in 2020 and according to Dani, they are “stronger than ever”.

Danielle Cohn Career in the limelight

According to her father, Dani began her social media presence at a young age. She began with creating a following on such platforms as Musica.ly dubsmashing songs from other artists. With a growing following, she quickly got requests to make videos on sponsorship deals for a range of from $400 to $500 for each video.

From Musica.ly to YouTube, Dani has also been releasing her own songs

Danielle is also a style-influencing model for such clothing companies as Calvin Klein, and Gucci. On her June 19, 2020 song “Do It Better” that was shot in Miami, the 16-year old TikToker was filmed clothed in Miami fashion that she managed to pull off quite elegantly. This speaks volumes of her fame as a trendsetter in the world of fashion.