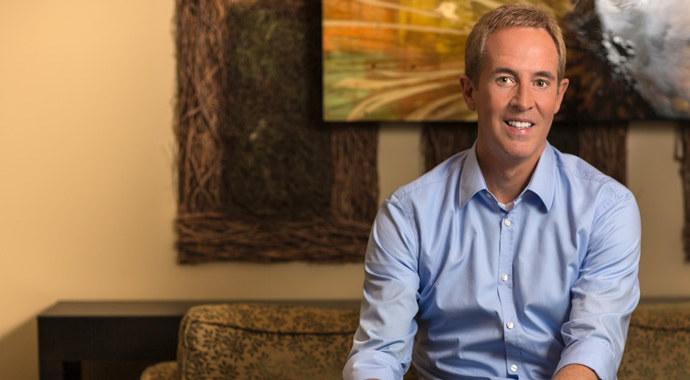 Pastor is also an author, mainly writing on topics that affects the community providing a platform to reach even more people. They include; When Work & Family Collide (2012), The Principle of the Path (2009), The Best Question Ever (2004), Next Generation Leader (2006), Can We Do That? Innovative Practices that will Change the Way You Do Church (2004), and many others.

Andy is related to Pastor Charles Stanley in that he is his son. He has one sibling; a younger sister by the name Becky. Andy was born of Pastor Charles and his then wife Anna Johnson Stanley. His father is the founder and president of In Touch Ministries as well as the senior pastor of First Baptist Church in Atlanta, Georgia. Sadly, his mother passed on on November 10, 2014.

The North Point Community Church senior pastor has been married to Sandra Stanley since 1988. They are parents to three grown-up children; Garrett, Andrew, and Allie. Andy and his wife reside in Milton, Georgia, U.S.

North Point Community is a non-denominational Christian megachurch that is in Alpharetta, Georgia. Stanley founded the church in 1995 and has led the church since then, growing it to a big church with attendance averaging 40,000+ people. He is no a senior pastor and also a lead pastor in the church.

He attended Georgia State University for his undergraduate degree in journalism and later studied and earned at Dallas Theological Seminary for his master’s degree.

As earlier on mentioned, he is also a book author who has written and published several books. The books are:

He has been identified one of the top ten most influential pastors in America, according to a 2017 survey by Outreach Magazine on U.S. pastors.

How much does Andy Stanley make?

The senior pastor’s earnings are not officially known publicly but there are speculations that he earns $200,000+ annually. His net worth is also a public affair with most publications reporting that the North Point Community Church senior pastor is worth more than $40 million.

Pastor Andy has an estimated net worth of $40 million.