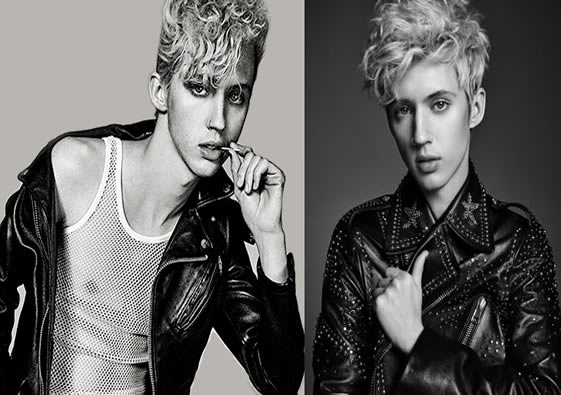 Troye Sivan is an Australian singer-songwriter, YouTuber and actor born in South Africa. Sivan rose to fame via his videos on YouTube as he sang as well as in talent competitions from Australia. In 2013, he got signed by EMI Australia and in 2014, he released his third EP, TRXYE. Troye’s most known works include the song “Happy Little Pill,” the studio album “Blue Neighbourhood,” the single “Youth,” the single “My My My!”. As of April 2020, there is anticipation for his third album.

Sivan is also known for his appearance in the trilogy film Spud in a lead role as well as in the 2009 X-Men Origins: Wolverine film the younger version of Wolverine. He and fellow YouTube vlogger Tyler Oakley received a Teen Choice Award for “Web Collaboration” for their video The ‘Boyfriend’ Tag

Born in South Africa, Sivan is the son of former model and homemaker, Laurelle, and real estate agent/entrepreneur, Shaun Mellet. He has three siblings. Sivan and his family relocated to Australia when he was two as a result of high crime in South Africa after Apartheid ended.

Sivan is openly gay since coming out to the public on August 7, 2013, on YouTube. This was three years after he came out to his family. In February 2016, the “Boy Erased” actor began dating Jacob Bixenman, an American model, filmmaker and photographer. The couple made their relationship known to the public in 2017 and they live in Los Angeles.

Blue Neighbourhood is the first studio album by Sivan that was internationally released in December 2015. It includes the songs: “Wild”, “Youth”, “Heaven”, “Talk me Down”, and “Lost Boy” among 5 others. He remixed and re-released the single “Wild” with Alessia Cara.

“Bloom” is both a song as well as studio album by Sivan. They were both released by EMI Music Australia. The song released on May 2, 2018 as the album’s third single while the studio album was released on August 31, 2018.

This is an April 1st 2020 lead single by Sivan from his third studio album that is yet to be released. As he is signed to EMI, the song was released via EMI Music Australia.