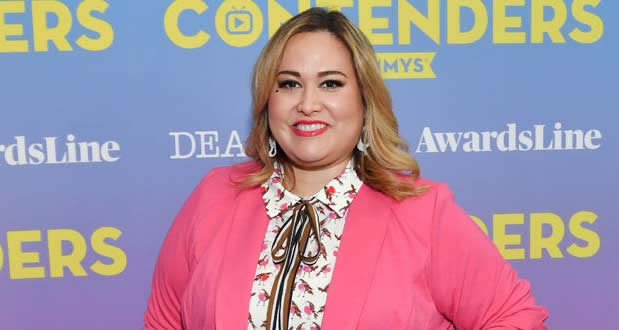 Tanya Saracho is an American actress, dramaturge, playwright, and screenwriter born in Mexico. She is a co-founder of Teatro Luna, an all-Latina theatre ensemble founded in 2001 with Coya Paz, an American director and poet from Colombia. For 10 years, Saracho was a co-artistic director of the theatre and is known for centering the “Latina gaze”.

Before Saracho began writing for television, she was writing for theatre with her experience with Teatro Luna. She has been a showrunner since 2018, on the Starz series Vida. Soon after the first season of the series ended, it was renewed for a second season and Saracho signed a 3-year contract in February 2018.

Saracho was born as Tanya Selene Saracho in Los Mochis, Sinaloa, Mexico to Ramiro A. Saracho and Rosalina Armenta. At the time, her father worked as the head customs officer with the Servicio de Administración Tributaria and was also a powerful member of the conservative Institutional Revolutionary Party.

She has two siblings: sisters Rosalina “Fresy” Saracho and Tatiana Saracho. Her parents got divorced when she was young and they would spend time at both of their parents’ homes: in McAllen, Texas to her mother and Reynosa, Tamaulipas. She went to middle school and high school in McAllen and later attended the Boston University College of Fine Arts for her Bachelor of Fine Arts degree.

Saracho has interactions with individuals in the LGBTQ+ community as she identifies as queer. She has described herself as having anxiety problems as well as impostor syndrome. She has had relationships with both men and women.

Saracho began her in showbusiness in 1998 after moving to Chicago. She first lived with a college roommate