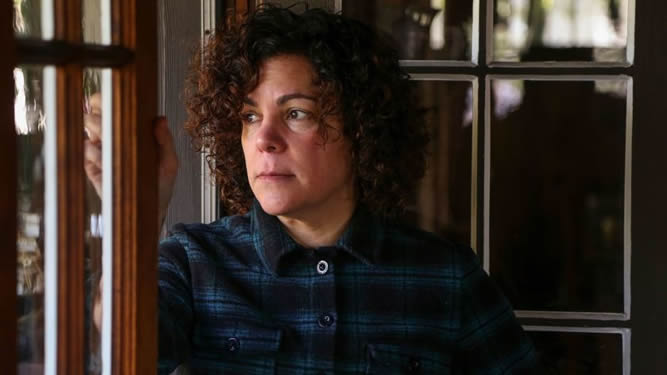 Rose Troche is an American director of films and television, television producer, and screenwriter who is known for such productions as The Safety of Objects (2001).

Growing up in her hometown of Chicago, Troche was born to parents from Puerto Rico. They moved to the suburbs in her teenage years, a move that her parents felt was a “sign of success”. In the suburbs, she joined a movie theater, working on a part-time basis. Her interest in film developed from her work and she went on to study at the University of Illinois at Chicago for her undergraduate degree in art history. Troche also graduated in film studies later on.

The television and film director and producer is a lesbian. She dated Guinevere Turner from 1991 to 1993. They met while Troche was making the film Gabriella and worked on a film called “Ely and Max,” which changed to Go Fish. The film narrated their experiences as well as friends in the Chicago lesbian community. After ending their relationship, Troche moved to New York and began writing scripts.

In the 1990s, Troche began making films with independent gay-themed films. In 1990, while she was still at school for her undergraduate, Troche made the short film Let’s Go Back to My Apartment and Have Sex. This is Not Over followed in 1991 while she made Gabriela, a series of short films in 1991 through to 1993. She was involved in the production of three other features before joining television. They were: Go Fish, Bedrooms and Hallways and The Safety of Objects.

After making The Safety of Objects. Troche decided to venture into directing as she had directed a lot of the content of the film. Her preference was work that would not take long to make. In 1994, Troche made her directing debut with the film Go Fish, a love story on lesbians. She co-produced and co-wrote the film with her then-girlfriend Guinevere Turner. It premiered at the Sundance Film Festival.

She worked on her next feature in 1998, “Bedrooms and Hallways” which explored sexuality. In 2001, she directed the drama film The Safety of Objects, an adaptation of the short stories of A. M. Homes. The film focused on heterosexual love in suburbia. She also produced the film Concussion (2013) by Stacie Passon.

Among her earliest works in television was the hit drama Six Feet Under where she served as a director for one episode. She also directed and wrote The L Word show, a Showtime series on lesbian friends living in LA. She was an associate producer for the series and later a co-executive producer.

Troche has done most of her work in Hollywood, making up the small percentage (about 12%) of the women in the Directors Guild of America.