Richard M. Dumont Bio, Age, Net Worth, Are You Afraid of the Dark, Movies 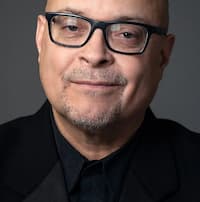 Richard M. Dumont is a voice actor, writer, and director from Canada who has worked in both Canada and the United States. Dumont is also best known for his role in many episodes of the Canadian horror fantasy anthology television series Are You Afraid of the Dark? for Nickelodeon.

Richard M. Dumont Are You Afraid of the Dark?

He was cast as Sardo, who owned a magic shop called Sardo’s Magic Mansion in the Canadian-American horror anthology television series Are You Afraid of the Dark?.

Are You Afraid of the Dark? and Are You Afraid of the Dark? The plot revolved around a group of teenagers known as “The Midnight Society.” Every episode, one of the members would tell a scary story to the group at a secret location in the woods at night. The stories usually revolve around demons, ghosts, magic, haunted houses, magical curses, aliens, witches, vampires, werewolves, and the like coming into contact with ordinary teenagers.

He played the role of Maki-Maki and Weather in the anime television series Adventures of the Little Koala.

A frilled lizard who served and worked as Miss Lewis’, Dr. Nose’s, and everyone else’s assistant, and who would frequently act as a town-crier, loudly trumpeting whatever breaking news he’d discover, usually before checking its accuracy, and thus frequently being completely wrong. He’s also a frightened cat. An enigmatic dingo who, even in hot weather, wore a heavy coat, scarf, and hat and could predict the weather with great accuracy. He, like Miss Lewis, had a close relationship with Roo-bear and his friends, serving as a mentor and counselor to them.

David is the great-nephew of the film’s main antagonists, Edward Murdstone, a leonine, and Grimby, a fat rodent. He is thrown into Murdstone’s factory and beaten and thrown around. David is taken in by the Micawbers and befriended by a dog named Mealy. David hopes to escape the factory, despite Mealy’s warnings about various obstacles such as the “Cheese Monster.”

He was cast as Theo Sturgeon in the Canadian-French animated series in Fred’s Head. The show depicts the fast-paced life of a teen who has serious reservations about entering the adult world. A psychotic psychologist, an extremely odd best friend, an exotic lady immune to his charms, fashion trends devotees, and a horror film aficionado all pull him in different directions during his adventures in search of his identity. The show is notable because it addresses issues such as alcohol and cheating without sugarcoating them; rather, it addresses them directly.