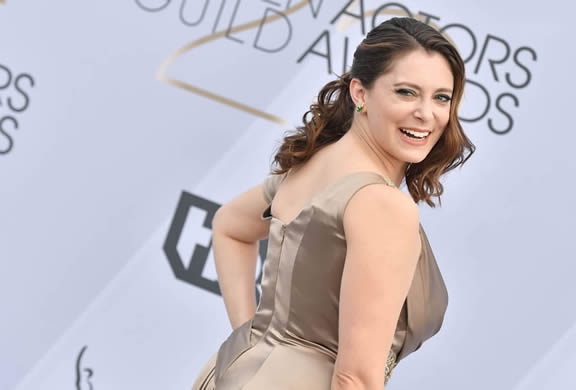 Rachel Bloom is an award-winning actress, comedian, singer, songwriter, and television writer from the United States of America. Bloom is renown for her role in the comedy-drama series Crazy Ex-Girlfriend from The CW Network as Rebecca Bunch. Bloom’s entrance to stardom was through YouTube where she posted shorts that include the music video “Fuck Me, Ray Bradbury”, which was nominated for a Hugo Award.

Born in L.A., Rachel and her parents lived in Manhattan Beach. She has no siblings and was born of Allan David Bloom, a healthcare lawyer and his partner Shelli Bloom. In regards to her spirituality, Rachel is Jewish. In her home of Manhattan Beach, Ms. Bloom studied in public schools alongside her involvement in their drama programs. She joined New York University Tisch School of the Arts for a Bachelor of Fine Arts in Drama. She was the director and head writer of Hammerkatz, the school’s premier sketch comedy group before graduating in 2009.

Ms. Bloom is married to Dan Gregor. The couple tied the knot in early 2015, after six years of dating. For their wedding, Bloom’s cousin who is a rabbi, officiated the ceremony. The two are parents to a baby girl who was born in April 2020.

Rachel is a new mom after she gave birth to her first child, a daughter, on 1st April 2020. The Crazy Ex-Girlfriend actress announced her pregnancy on 14th September 2019 and 1st April 2020, her baby girl was born. This was amid the health crisis that is the COVID-19 pandemic, but the baby is fine and so is Rachel. The virus, however, hit close to Rachel as she lost a dear friend, Adam Schlesinger, a musician with whom she won an Emmy award in 2019 for writing a song for her comedy series “Crazy Ex-Girlfriend”.

Rachel Bloom as an entertainer

After school, Bloom became a performer in Los Angeles and New York at Upright Citizens Brigade Theatre. She also lived in Brooklyn and shared a living space with fellow comedian Ilana Glazer. Kickstarting her songwriting and singing career, Ms. Bloom came up with the song “Fuck Me, Ray Bradbury”, in 2010, inspired by The Martin Chronicles, Bloom’s favorite Bradbury book. The song was released on the 90th birthday of Ray Bradbury in the same year.

She has worked for Seth Meyers as an intern at Saturday Night Live before her attempt to audition for the show. She did not succeed. However, she carried on with comedy and as such, released her first musical comedy album, Please Love Me, on May 13, 2013. The album includes the songs “You Can Touch My Boobies” and “Fuck Me, Ray Bradbury”. Her second album, “Suck It, Christmas”, came around on November 19, 2013. Bloom co-wrote the song “Super Friend” which was performed by Melissa Benoist and Grant Gustin, for the musical crossover episode of Supergirl and The Flash titled “Duet”.

Rachel received her first award, the “Visionary Award” on 25th April, 2016 at the annual gala held by East West Players. This was as a result of her show “Crazy Ex-Girlfriend” including an Asian-American male in a lead trope and stereotype-subverting role. The award is meant to honor “individuals who have raised the visibility of the Asian Pacific American (APA) community through their craft.”

Among her other roles in the entertainment industry include being a writer for Robot Chicken and Allen Gregory. She sang the song “My Sex Junk”, in April 2017, addressing the concern on gender and sexual spectra via and episode of Bill Nye Saves the World “The Sexual Spectrum”. This earned her backlash from the social media and conservatives as well as an Emmy nomination.

Crazy Ex-Girlfriend is a musical comedy-drama that co-created by Aline Brosh McKenna and Rachel, with Bloom also as the lead character. It began by a half-hour pilot that was filmed on 7th May 2015 before The CW picked it for the 2015-2016 fall season. It slowly turned to be a network TV show from cable and ran for an hour. The show shas lead her to win a couple of awards:

Rachel is known to have issues with her mental health. She has spoken out about her struggles, revealing that she was diagnosed with anxiety, depression, and OCD.

As many celebrities, Bloom has not really given her net worth herself. However, there are many guesses from several sites with most settling to a couple of million U.S. dollars.