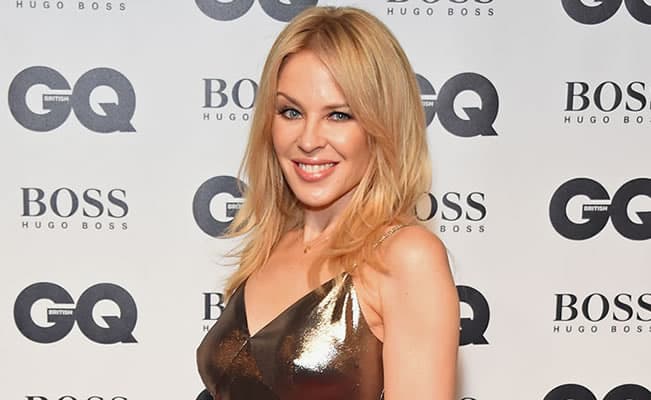 Kylie Minogue, AO, OBE, is an actress, singer, and songwriter born in Australia. She is infamously known for her role in the soap opera Neighbours in which she had the role of tomboy mechanic Charlene Robinson. In singing, Kylie is a recording artist with great critical acclaim as well as commercial success. She is recognised as the highest-selling female Australian artist of all time and is often referred to as the “Princess of Pop”.

Her career and success in the entertainment industry has earned her several other honorific nicknames. The show, Neighbours, which auditioned for in 1985, catapulted her fame and by the lte 1980s, she had released a couple of songs. Kylie’s music became popular in Australia and UK with several top ten singles by the early 1990s as she released a fourth album. The first albums were released by the Pete Waterman Entertainment (PWE) and produced by Matt Aitken, Mike Stock and Pete Waterman. Kylie felt that she needed more control over her music than the recording company gave, hence, in 1992 she left PWL and joined Deconstruction Records.

With her new recording company, she released her fifth studio album, Kylie Minogue, the sixth album, Impossible Princess. She then joined Parlophone Records and released her seventh album, disco-influenced “Light Years” and her best-selling album to date, “Fever”.

Kylie has two citizenships: she is Australian and British. She was born in Australia, hence, her Australian citizenship. Since teh 1990s, she has been living and working in the United Kingdom and has since earned her British citizenship.

Born as Kylie Ann Minogue, the Australian-British singer is 51 years old as of May 28, 2019. She was born in Melbourne, Victoria, Australia in 1968.

Kylie was born and raised in a family of three children of Ronald Charles Minogue and Carol Ann Jones. She is of Australian and Irish ancestry from her dad’s side and also Welsh from her maternal side. Her mother worked as a professional dancer before she got Kylie while her father was an accountant.

Kylie has two siblings and she is the eldest of the three of them: a younger sister known as Dannii Minogue who is also a singer and television host and a younger brother by the name Brendan who is a news cameraman in Australia. Their family moved a little as the issue of money was tight. After Dannii Minogue was born, their mother worked as a tea lady at a local hospital in South Oakleigh while their father continued worked as an accountant at a family car company and Kylie stayed home reading and learning how to play the piano and the violin.

Kylie has been in a relationship with Paul Solomons, a GQ creative director since 2001 and owner of the Paul Solomons Design LTD. The couple was first reported to be dating in April 2018. Solomons is 46 years old as of April 2, 2020. Paul and Kylie were reportedly introduced to each other in February 2018 by mutual friends. They became close friends but kept their relationship a secret until July 2018 when the “All the Lovers” hitmaker confirmed the relationship.

Kylie is not married. However, she was once close to a wedding after she got into a relationship with British actor Joshua Sasse in November 2015. They got engaged the following year and it was announced on 20th February 2016, on The Daily Telegraph in the “Forthcoming Marriages” section. However, in February 2016, Kylie confirmed that the couple had broken up.

She has also been in other relationships, namely with model Andrés Velencoso, INXS frontman Michael Hutchence, French actor Olivier Martinez and her Neighbours co-star Jason Donovan.

Kylie’s interest in singing began in her young days. She and younger sister Dannii, took dancing as well as singing lessons. When Kylie was 10 years old, the Minogue sisters attended a hearing through which she was chosen for a minor role in the soap opera “The Sullivans” in 1979. In 1980, Kylie had another minor role in another soap opera named Skyways. She then appeared in The Henderson Kids, a television series, in 1985. Her character was written off in the show’s second season. After that, Kylie got into music, making a demo tape that she sent to the producers of Young Talent Time, a weekly music programme that featured her sister too. In 1985, she had her first television singing performance on the show. The following year, she was cast in the “Neighbours” soap opera. Kylie’s character was that of a schoolgirl who turned into a garage mechanic, Charlene Mitchell.

The Neighbours show led her to acquire several awards, including the Gold Logie for the country’s “Most Popular Television Performer” as well as four Logie Awards. Since then, she has sang and released lots of music with 14 music albums as of 2018. Alongside releasing new music, Ms. Minogue has been on concert tours to perform for her fans. She has also been a part of several television shows as well as films. They include: