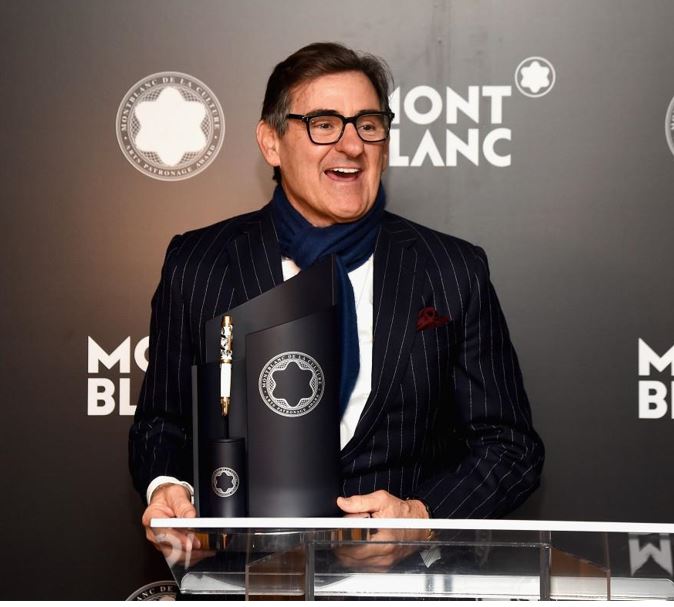 Peter Brant is an industrialist, publisher, film producer, and art collector from the United States working as the Chairman of White Birch Paper, Brant Publications, and Brant Foundation.

How old is Peter Brant? – Age

Peter and his sister Irene Brant Zelinsky were born to Lily Brant and Romania and Bulgaria immigrant Murray Brant. His father is the co-founder of a paper converter company named Brant-Allen Industries. He is the nephew to H. Joseph Allen, a businessman, and Thoroughbred racehorse owner and breeder.

He has been married twice. He is married to model Stephanie Seymour. Seymour and Brant were married in July 1995 in a ceremony in the French countryside. In March 2009, after almost 14 years of marriage, Seymour filed for divorce from Brant. The couple was reconciled in 2010. He was previously married to Sandra “Sandy” Simms who he met at the University of Colorado. They divorced in 1995.

He has three children from his second marriage with Seymour; two sons, Peter Brant II born in December 1993, the late Harry Brant, born in 1996, and a daughter Lilly Margaret Brant born on 28 October 2004.

What did Harry Brant die from? – Peter Brant Son’s Death

His son Harry Brant, a model and cosmetics manufacturer, died on Sunday at the age of 24, according to a statement made by his family to the media. Brant died of an accidental drug overdose after having been dealing with addiction for many years. His parents told the Times that he was trying to rehabilitate and wanted to take a part in the artistic side of the Interview Magazine, which his father wrote.

What is Peter Brant worth? – Net Worth

After almost 20 years, Brant re-entered the horse industry in 2016 and soon re-established a name as one of the influential owners of the sport. As the owner of star turf filly Sistercharlie, who won three Grade 1 races that year, including the Maker’s Mark Filly and Mare Turf, he returned to the top of the game in 2018.

Brant is among the Top 200 collectors of art worldwide. Since converting an $8,000 investment into some hundred thousand dollars as a young man, he purchased his first works of work. “According to The New York Times, his first acquisitions included “a few Warhols and, later, a major Franz Kline.” In 1976, Brant commissioned Andy Warhol to paint his cocker spaniel, Ginger. Warhol made two Ginger portraits, as well as sketches. Brant became one of Warhol’s finest art collectors.

Brant is a member of the Andy Warhol Museum in Pittsburgh’s Advisory Council. In December 2009, the Museum of Modern Art in Los Angeles named Brant to its board of trustees. At the two sites of the Brant Foundation Art Research Centre, in Greenwich, Connecticut, and the East Village area of Manhattan, Brant’s collection is on display to the public. Several pieces by Warhol, Jean-Michel Basquiat, Jeff Koons, Dan Flavin, Glenn Ligon, and Cady Noland are included in his collection. One of Basquiat’s big collectors is Brant. In 2020, he sold Ken Griffin for more than $100 million for his Basquiat drawing Boy and Dog in a Johnnypump in 1982.

He lives in his $46.75 million two-story houses in Palm Beach. Identified as Buttonwood, between 1903-05, the frame vernacular house at 245 Dunbar Road was built, making it one of Palm Beach’s oldest. Local historians will remember that it was originally Elisha Newton “Cap” Dimick’s house, a pioneer of Palm Beach who lived there when he was the first mayor of the area.

With mainly one-over-one, double-hanging wood sash windows, some of which are combined, the two-story house is clad in horizontal clapboard. The first story has a wide wraparound veranda porch backed on brick piers by simple Tuscan columns. It was initially built along what is now Emerald Lane on a lakefront parcel. It was originally called Orangerie, facing Lake Worth on a wide ocean-to-lake property. But the house was moved to its current location in 1924 to prevent demolition when the land was sold, and later renamed Buttonwood after the big buttonwood tree on the property.