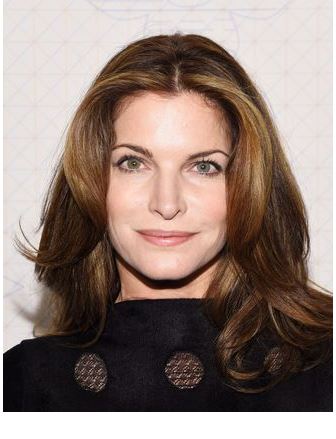 Stephanie Seymour is a Model, actress, and supermodel from the United States who rose to fame after being the finalist at the inaugural Elite Model Management Look of the Year modeling contest, which is now known as Elite Model Look.

How old is Stephanie Seymour? – Age

The Elite Model Look finalist is 52 years old as of July 23, 2020. She was born in 1968 in San Diego, California, United States. Her real name is Stephanie Michelle Seymour.

She is the daughter of a real estate developer father and hairstylist. Her parents’ names are not revealed.

She has been married twice. From 1989 to 1990, she was married to guitarist Tommy Andrews. Seymour started dating billionaire Peter Brant, who was married and the father of five children. Seymour and Brant were married in July 1995 in a ceremony in the French countryside. Brant is a publisher, a developer of real estate, and an art collector. In March 2009, after almost 14 years of marriage, Seymour filed for divorce from Brant. The couple was reconciled in 2010.

Besides her marriage, she has also been involved in different relationships. She started dating John Casablancas, the head of Elite Model Management when she was 16 years old. By mid-1991, she had joined Axl Rose, lead singer of Guns N’ Roses. The two were originally engaged but split up in February 1993. In August 1993, Rose sued Seymour, alleging that she had raped him and stole more than $100,000 worth of jewels. Seymour countered that he was sexually violent.

She is the mother of four; Her firstborn son Dylan Thomas Andrews was born in 1990 from her first marriage. She has three children from her second marriage; two sons, Peter Brant II born in December 1993, the late Harry Brant, born in 1996, and a daughter Lilly Margaret Brant born on 28 October 2004.

Her son Harry Brant, a model and cosmetics manufacturer, died on Sunday at the age of 24, according to a statement made by his family to the media. Brant died of an accidental drug overdose after having been dealing with addiction for many years. His parents told the Times that he was trying to rehabilitate and wanted to take a part in the artistic side of the Interview Magazine, which his father wrote.

Seymour featured in several issues of the Sports Illustrated Swimsuit Issue and Vogue cover in the late 1980s and early 1990s. She was the main lingerie and hosiery model for Victoria’s Secret Corporation in its mail-order catalogs and discount shops. In 1998, Seymour wrote Makeup Secrets for Dummies to Stephanie Seymour. In 2000, Seymour was ranked #91 on the 2000 North American FHM 100 Most Sexy Women list. In 2006, she appeared with her children in a campaign for Gap. In 2008, Salvatore Ferragamo’s creative campaign for his 2007/2008 fall/winter collection starred Seymour and Claudia Schiffer, filmed in Italy with Mario Testino.

Seymour was joined by fellow supermodels Naomi Campbell, Kate Moss, Linda Evangelista, Daria Werbowy, Christy Turlington, and Amber Valletta for the September 2013 issue of Interview Magazine titled “Model” Seymour, which was presented on the November 1999 Millennium cover of American Vogue as one of the “Modern Muses” as a member of the Vogue ’98 “modern muses”

Seymour was appointed the global spokesmodel for Estée Lauder in 2014. She co-founded and launched the Raven & Sparrow collection of lingerie in 2017. Seymour’s first acting role was as explosives specialist Cynna Stone in the Hell: A Cyberpunk Horror video game. She played the unusual role of a live actor in a game whose characters and the scenery was almost entirely CG renders.