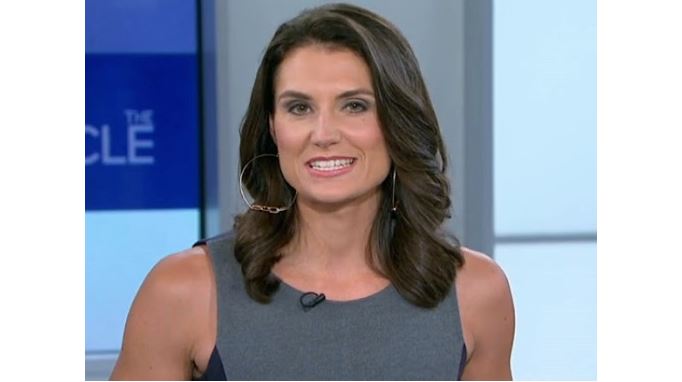 Krystal Ball is an American political pundit and journalist who co-hosts Rising with the Hill’s Krystal Ball and Saagar Enjeti, produced by The Hill. She has appeared on Fox News, CNN, CNBC, and Real Time with Bill Maher. She was previously a contributor under contract for MSNBC and a regular contributor to the HuffPost. Ball is now a co-host with Kyle Kulinski on the progressive podcast Krystal Kyle & Friends.

How old is Krystal Ball? – Age

The American political pundit and journalist was born on November 24, 1981, in King George County, Virginia, 60 miles south of Washington, D.C. She’s 40 years as per 2021

Ball was born by her mother Rose Marie Ball who is a teacher and her father Edward Ball, a Physicist. The Krystal came from her father, a Physicist who wrote his dissertation on crystals. She also has two older sisters, Holly and Heidi.

Ball is married to Jonathan Dariyanani, and they have three children. She was a senior Fellow of the New Leaders Council.

Ball is a business owner and a certified public accountant. She previously worked for the federal contractor CGI Group and traveled to Louisiana to assist in the courts’ efforts to recover after Hurricane Katrina. She is a former columnist for The Atlantic.

In 2012, Ball launched a Website calling for a boycott of advertisers on The Rush Limbaugh Show after Limbaugh’s comments about Sandra Fluke. Thinkprogress reported on March 2, 2012 that over 50 advertisers were confirmed to have dropped the show.

In October of that campaign, bloggers posted sexually suggestive photos of Ball with her then husband from a Christmas party in 2004. Her campaign had little national attention before the incident. Ball lost to Wittman by margin of 63.90% to 34.76%. Despite her loss, she was listed by Forbes as number 21 on the magazine’s “The top most powerful woman of the midterm Elections”.

In May 2017, Ball created the people’s House project, a political action committee (PAC) working on behalf of Democratic causes. It was among the largest contributors to Richard Ojeda’s Campaign for the west Virginia Senate. In May 2018, McClatchy wrote of her PAC. Ball responded to McClatchy’s claims, starting because the PAC receives money in fits and starts, She paid herself a lump sum in the first months of 2018 as backpay for what she should have earned in 2017, and that her pay “was comparable to what other PAC directors typically make”.

In part due to the photo scandal from the 2010 campaign, Ball appeared on Fox News, CNN, and CNBC, and became a regular contributor for MSNBC. She was regular contributor to the HuffPost. Ball supported Bernie Sanders’s 2020 presidential campaign. On January 1, 2021, Ball with Kyle Kulinski of The Kyle Kulinksi show launched a new podcast called Krystal Kyle and friends. The first episode had Marianne Williamson, 2020 Democratic Presidential primary candidate, as the podcast’s first guest.

Ball raised $445,000 for the group, she paid herself more than a third of that. The majority of her salary $ 104,000 came in the first third three months of this year alone, according to documents filed with the federal Election commission.