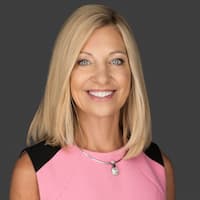 Karen S. Lynch is the president and chief executive officer of CVS Health in the United States. Lynch is a member of the boards of directors of AHIP, CVS Health, and United States Bancorp. She became Aetna’s first female president in 2015. She formerly worked for Magellan Health Services and Cigna as an executive. She was named the highest-ranking female CEO on the Fortune 500 list in 2021.

Lynch grew up with a single mother. Lynch’s mother committed suicide when she was 12 years old. Lynch and her three siblings were raised by their aunt when their mother died. Lynch’s aunt died of breast cancer, lung cancer, and emphysema while she was in her early twenties. She graduated from Ware Junior/Senior High School in 1980. Lynch graduated from Boston College’s Carroll School of Management with a bachelor’s degree in accounting and is a Certified Public Accountant (CPA). She began her financial career after graduation at Ernst & Young’s Boston office, where she specialized in insurance.

Lynch is married to Kevin M. Lynch, the founder, president, and CEO of the Quell Foundation, a non-profit organization whose purpose is to reduce the number of suicides, overdoses, and incarceration of people with mental illnesses by removing the stigma associated with mental illness.

Lynch was named to the Forbes 50 Over 50 list for the first time in 2021, which includes female entrepreneurs, executives, scientists, and innovators over the age of 50. She received the Distinguished Leadership Award from the Committee for Economic Development in 2021, which honors business leaders for their accomplishments. Lynch also serves on the boards of U.S. Bancorp, AHIP, The Business Council, Boston College Women’s Council, The Business Roundtable, and IBM Watson Health as an advisory board member. Lynch also serves on the board of directors of the Bushnell Center for the Performing Arts.

She was an honorary co-chair of the Komen Connecticut Race for the Cure, a breast cancer research fundraiser. She was named the most powerful woman in business by Fortune magazine in 2021. Karen Lynch will receive Hunt Scanlon’s “Excellence in Culture” Award in 2022.

Lynch attributes her decision to pursue a career in health care to her upbringing. She spent nearly a decade in insurance before returning to graduate school to pursue her MBA. Lynch was named president of Cigna Dental in 2004. She was promoted to a newly created role that combined the leadership of Cigna Group Insurance and Cigna Dental the next year. In 2009, she left Cigna to join Magellan Health Services as president.

Lynch worked for Magellan until 2012, when she moved to Aetna as senior vice president and head of Specialty Products. Lynch supervised the integration of Coventry Health Care, the largest health-care purchase at the time, three months after joining Aetna. Lynch became Aetna’s first female president in 2015, a position she held until CVS Health bought the company for $70 billion in 2018.

Lynch takes over as president and chief executive officer of CVS Health on February 1, 2021, following Larry Merlo’s retirement during the COVID-19 pandemic. With her appointment, she became the Fortune 500’s highest-ranking female CEO and the 40th female chief executive. CVS Health administered the COVID-19 vaccine in more than 40,000 long-term care institutions and CVS Pharmacy locations across 50 states, Puerto Rico, and Washington, D.C. under Lynch’s guidance.

When Lynch was president of Aetna in 2020, she got a total remuneration of $11.3 million. Lynch became a part of CVS Health’s takeover of the insurer. A $1.2 million salary, $5.6 million in stock awards, and $1.8 million in option awards are included in her 2020 earnings.

She has an estimayed net worth of $25.3 Million.