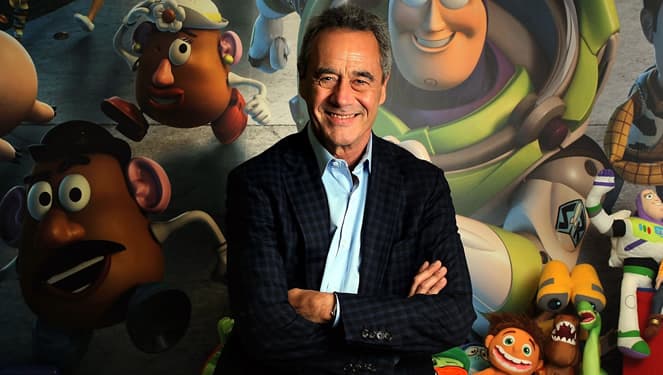 Born as James Morris, the production executive is 65 years old as of 2020. His exact date of birth as well as place of birth is not though it is known that he was born in the United States.

In 1973 Jim Morris graduated from a private high school, Tower Hill School, in Wilmington, Delaware. In 1977, Morris earned a Bachelor of Science degree in Film, and in 1978 a Master of Science degree in Television/Radio, from the Newhouse School at Syracuse University in New York state. Assessing the likelihood of immediately gaining employment in the film business as low, Morris began his career with local television studios, followed by working on TV commercials. He started as a cameraman and editor at NBC affiliate WSYR-TV, then worked as a producer and director for PBS affiliate WCNY-TV – both in Syracuse. He then worked in the production departments at advertising agencies J. Walter Thompson, and Foote, Cone & Belding in San Francisco, was executive producer heading the commercial production department at the innovative post-production facility One Pass, and was executive producer at Arnold & Associates, producing national commercials for clients such as Atari and Chevron.

In 1987, Morris joined ILM as a producer of visual effects for films and commercials, working on, amongst others, Steven Spielberg’s Always and James Cameron’s The Abyss, which earned an Oscar for Best Visual Effects. He was subsequently promoted to be ILM’s executive in charge of production, supervising all the company’s production, and then ILM’s general manager, supervising more than 1,400 artists and technicians and guiding the largest visual effects facility in the industry, a post he held for 13 years. During this period, ILM’s innovations resulting in Academy Awards included the pioneering use of computer-generated characters in Jurassic Park, realistic digital skin in Death Becomes Her, Terminator 2: Judgment Day and Forrest Gump. Other ILM projects he managed from the period include Mission: Impossible, Twister, Saving Private Ryan, Star Wars Episodes I and II, The Perfect Storm, Pearl Harbor, Minority Report, Pirates of the Caribbean: The Curse of the Black Pearl, Master and Commander, and three Harry Potter films. ILM worked on over 150 films during this period.

Morris was president of Lucas Digital Ltd. for 11 years, and managed its two divisions, ILM and Skywalker Sound.

Morris was a producer on Disney’s 2012 film John Carter. On November 18, 2014, he was named as president of Pixar Animation Studios.

Morris served for many years as president of the San Francisco Film Commission. He was a 2009 recipient of the Producers Guild of America Digital 25 Award. He received the Visual Effects Society’s board of directors Award in 2006, a Lifetime Membership in 2007, and their Founders Award in 2010. For WALL-E, Morris was awarded Producers Guild of America’s 2009 Producer of the Year for Animated Motion Pictures, the 2008 BAFTA Award for Best Animated Film, a 2008 American Film Institute Award for one of the 10 best films of the year, the 2008 Golden Globe Award for Best Animated Feature Film and a Visual Effects Society Award.