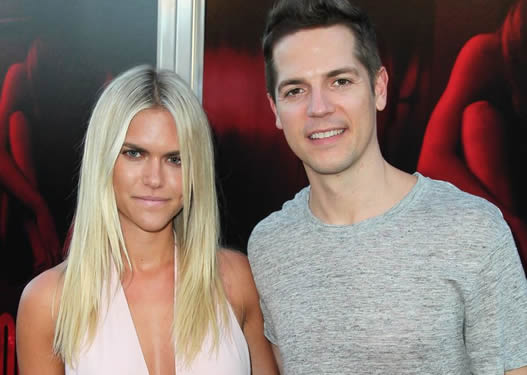 Jason Kennedy is an American television personality who is an entertainment journalist, the host of ‘In the Room’, a new series from E! and also a former host of E! News, also from E! Networks. On E! News, Kennedy and his co-host(s) covered news and breaking stories on celebrity in the United States. He is also a contributor on NBC’s Today Show. In the Room with Jason Kennedy revolves around interviews of celebrities in their homes.

Kennedy is a married man. On 12th December 2014, he married Lauren Scruggs, a Texas model, at the Four Seasons Resort and Club at Las Colinas in Dallas, Texas. The couple began their relationship in 2013 during summer and got engaged on 30th May 2014. Their engagement took place in Texas, Lauren’s hometown.

Kennedy has always had a passion for television news since his young days. During his pre-teen years, Kennedy spent much of his time taking taxis to breaking news scenes and chasing local news vehicles for his own produced and reported mock-news show. All this he did from a studio he had created back at home that was outfitted with twenty TVs, a news desk, four cameras and an editing station.

He studied at Westminster Academy (Florida) and proceeded to the University of Miami. At the university, he was awarded a couple of awards in relation to his work with journalism. The awards included an Associated Press Award for Best News Feature in the state of Florida. He graduated from the university and moved to Los Angeles in 2004. In L.A. Kennedy landed his first job as a segments anchor on the TV Guide Channel for Open Call.

Jason joined E! on air in 2005. Since then, he anchored for E! News on the weekends before becoming a host of Live from E!, a series program of E! networks. He has also hosted several shows for E! and they include the special “Last Bride Standing” and the Daily 10 show. In early 2007, he covered the death of Anna Nicole Smith, near his South Florida hometown.

Kennedy hosted Dance Machine, his first Primetime show on ABC, from May 2008. In June of the same year, he was named one of People Magazine’s “Hottest Bachelors of 2008”. The Los Angeles Times also honored him by naming him one of ten young stars who will become a leader of the Broadcast industry, through the article “Clark Trek: Who Will Become The Next Dick Clark?”.

Jason joined E! News in April 2012, replacing Ryan Seacrest. He co-hosted the show alongside Italian-American entertainment reporter Giuliana Rancic. Rancic left the show briefly and Jason worked alongside Catt Sadler. On the show, Jason and his co-host(s) reported on celebrity news as well as gossip and upcoming television show and films with instances of general news on the entertainment industry.

Jason’s appearance on E! News came to an end when the network made an announcement in August 2019 that it was moving the E! News show to New York from Los Angeles and also making it a morning show airing at 7 am, starting from January 2020. His fellow co-host, Juliana Rancic, had announced earlier on that she would not be moving to New York with the show. The last show before moving was aired on 15 November, 2019 and Scott Tweedie and Lilliana Vazquez would be the show’s new hosts starting 6 January, 2020.

Jason Kennedy In the Room series

In the Room is a relatively new series on E network that focuses on interviews that take it’s viewers to the homes of celebrities. During the interviews, there are in-depth discussions on the celebrity’s passions, latest projects as well as their products and a lot more.

The series premiered on 4th December 2019 with Jason as the interviewer. His first sit down was with Tom Brady, the New England Patriots quaterback.

Jason Kennedy has an estimated net worth of $5 million dollars.