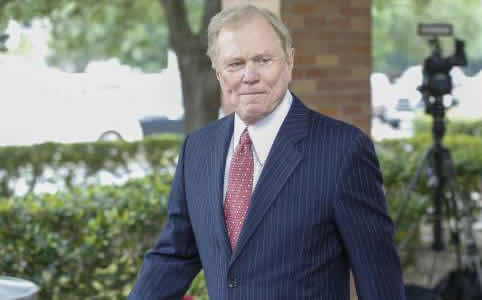 Homer Edwin Young is an American pastor who is a senior Gospel minister at the Second Baptist Church of Houston, Texas. Pastor Ed Young, as he is often referred to, and his children are church ministers in their won right, with his eldest son, Edwin Barry Young, being a senior pastor and founder of Fellowship Church in Grapevine, Texas.

Homer was married to the mother of his sons, Jo Beth Young from 1959 until her death in 2017. The couple was together for 58 years, a time in which she supported her husband in his ministerial work as they also raised their children. They both grew up in Laurel, Mississippi and began dating while in high school through college and leading up to marriage.

She is described as one who had a behind-the-scenes role in the church, shying away from the spotlight, teaching Bible study classes and helping in mentoring the wives of newly ordained pastors and deacons. She passed on at the age of 80.

Homer’s children have their own families too, with children, making Homer a grandfather too.

From Laurel on the southeastern side of Mississippi, Homer came from a poor family. He fought hard for his future through his education to the point of getting to attend college at the University of Alabama, Tuscaloosa for an engineering major.

During his freshman year, he got a call to the ministry which he ended up answering and joined the Mississippi College, to carry on with his studies. He later joined the Southeastern Baptist Theological Seminary in Wake Forest, North Carolina. At the same time, he was already a pastor serving in both North and South Carolina until 1978 when he joined Second Baptist Houston Church.

He became a leader at the church and under his leadership, the church’s attendance has since multiplied to close to 5 times the initial numbers, that is from an average of 500 to more than 24,000 today.

In June 1992, Homer was first elected as the president of the Southern Baptist Convention (SBC). In June 1993, he was elected to the position a second time.

Pastor Edwin has a broadcast ministry known as “The Winning Walk” through which he reaches more people in the world by providing content. His sermons are shared across North America and other parts of the world via this broadcast ministry. However, it is not all roses. For instance, in January 2010, Young’s series of sermons titled “Healing Broken America” became controversial. They sought to find a way of dealing with the lessons a broken Washington and broken Wall Street could learn from the Prodigal Sons’s story in the Bible. The sermons were thought to be political, a notion that Homer denied.

Homer is also a book author. In 2005, he wrote and published a book titled “Total Heart Health for Men Workbook,” from his personal experience after having suffered heart problems. He had an angioplasty for a clogged heart artery in 1988 and a triple coronary bypass surgery in May 2010.