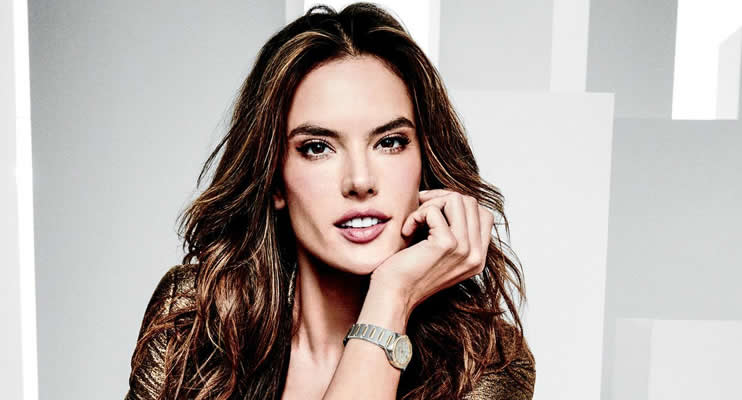 Alessandra Ambrosio is a Brazilian citizen who is known for being a supermodel and a TV personality. Most famous for her work as the first spokesmodel of Victoria’s Secrets PINK line, Alessandra also modeled for the lingerie company.

Aside from Victoria’s Secret, Ambrosio has been a model for other top fashion houses such as Christian Dior, Next, Ralph Lauren, and Armani Exchange. Forbes’ magazine ranked her in the sixth position in its list of the highest-paid models in 2012, with an estimated $6.6 million earning in just a year.

The supermodel was born in Erechim, Brazil and her full name is Alessandra Corine Maria Ambrósio. She was born to Luiz and Lucilda Ambrosio and has a sister by the name Aline. Her family is of Polish and Italian descent.

No, Ambrosio is not married. However, she was engaged to Jamie Mazur, a businessman, in 2008 until 17th of March 2018 when she announced the end of their engagement. Mazur is the founder of RE/DONE jeans and together the former couple has two children.

Is Alessandra Ambrosio still a VS angel?

No, she is not. She worked as a Victoria’s Secret Angel from 2007 until 2017. During her time as an angel, Ambrosio was included on the People magazine’s annual list of the 100 Most Beautiful People in the World” in May 2007.

At the age of 12, Ambrosio joined a modeling class and by the time she was 14, she had joined a national beauty pageant. She managed to be among the 20 finalists of Brazil’s 1995 Elite Model Look national competition. Growing up, she did not like the size of her ears, hence, she had cosmetic surgery done to pin her ears back but had complications two years later.

She launched her own swimwear line in 2004 called Alessandra Ambrosio by Sais. She then became the face of Next, a UK company and also starred in their first television campaign in 12 years. She was also the face of Colcci, a Brazilian sportswear brand, costarring with Ashton Kutcher in a denim ad. She launched her own fashion and lifestyle brand in spring 2014, and it is called Ále by Alessandra. This was in collaboration with American retailer Cherokee and is targeted at ladies between 18 and 35 years old.

In addition to her modeling, Ambrosio has had appearances in films and television shows. Some of her notable appearances include HBO’s Entourage, Late Night with Conan O’Brien, Project Runway Season 2: Team Lingerie, The Tyra Banks Show, Casino Royale, How I Met Your Mother episode “The Yips”, New Girl episode “Prince” and made her acting debut in the Brazilian telenovela Verdades Secretas.

Ambrosio’s exact net worth is not known though it is estimated to be in millions from her many high-profile jobs in the modeling industry.