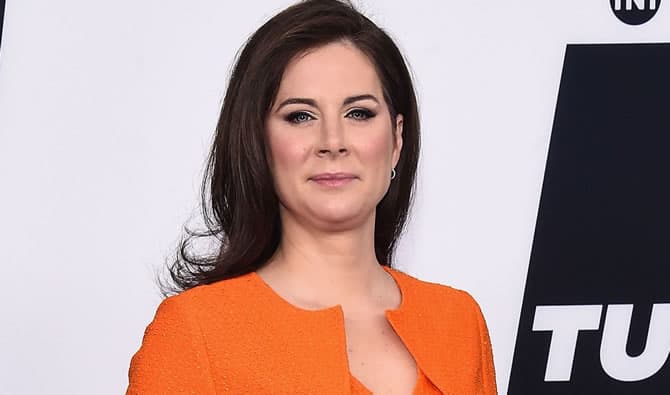 Erin Burnett is a journalist working as a news anchor with her own show, Erin Burnett OutFront, on CNN. She is an American. She is also well known for her former job on CNBC as a co-anchor of the business show “Squawk on the Street” as well for her host position on the television program “Street Signs”. She has made appearances on other shows including MSNBC’s Morning Joe, Meet the Press and Today on NBC, NBC Nightly News and The Celebrity Apprentice where she was an advisor to Donald Trump.

How old is Erin Burnett? – Age

Yes, Ms. Burnett is still a married lady. Her husband is David Rubulotta, an American business executive, previously with the Lehman Brothers as a trader. Now, he works for Citigroup as a managing director. Erin and Rubulotta met in 2003, on a blind date, got engaged in September 2011 and tied the knot on 21st December, 2012.

Burnett is a graduate of Williams College with a Bachelor of Arts degree in political economy. Soon afterwards, she landed a job at The Goldman Sachs Group, Inc. as a financial analyst. She worked on mergers and acquisitions as well as corporate finance in the investment banking division. CNN offered Burnett a job as a writer and booker for CNN’s then show, Moneyline. However, she joined CitiMedia, a digital media group from Citigroup, as it’s vice president.

She later left Citigroup for Bloomberg Television as an anchor and Stocks Editor. The next network Burnett worked for was CNBC, with her co-anchoring with Mark Haines the show “Squawk on the Street” and hosting “Street Signs”, from 2005-2011. She remained with the network until her departure on 6th May 2011, after more than five years with the network.

Erin began working for CNN in late 2011, on October 3rd. She joined the news network and began hosting ‘Erin Burnett OutFront’, her own prime-time news show. The program is filmed at CNN’s New York City studios. The show has been on since 2011.

How much does Erin Burnett make a year? – Net Worth

It is reported that Burnett gets paid an annual amount of $6 million from her employer, CNN. From her time as a journalist, she has an estimated net worth in the range of $16 million.