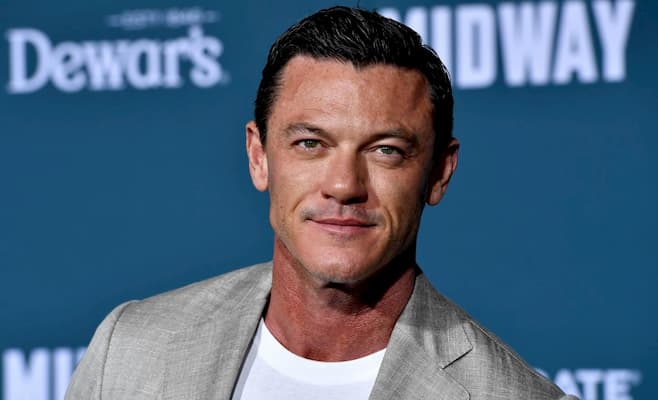 Luke Evans is both a renown actor and singer from Wales. He is particularly known for his acting roles in such movies/films as the Fast & Furious 6 as Owen Shaw, the main antagonist, in Clash of the Titans (2010), Immortals (2011), The Three Musketeers (2011), and The Raven (2012). He has also been among the cast members of the live-action adaptation that is ‘Beauty and the beast’ as the character Gaston, in 2017. He was cast in the role of vampire Dracula in the film, Dracula Untold, in 2014, and had a lead role in the drama series, ‘The Alienist’, in 2018. In his music career, Evans has one album titled “At Last” that he released on November 22, 2019.

How old is Luke Evans? – Age

Evans was born Pontypool but grew up in Aberbargoed. He has no siblings, the only child of David Evans and his wife Yvonne Evans. At the age of 16, Luke decided to quit school as well as his religion as a Jehovah’s Witness. Shortly afterwards, he relocated to Cardiff and took up his studies under the singing coach, Louise Ryan. He won a scholarship in 1997 to London Studio Centre and graduated from the institution in 2000.

Luke Evans Sexuality – Gay / Is Luke Evans in a relationship?

Luke is openly gay although he is rarely labelled by his sexuality. In his early 20s, he would speak on the topic but since getting into his late 30s, he has clearly established that his personal life is private. Earlier on in 2020, in February, Luke took to Instagram and shared a video of himself and art designer Rafael Olarra together in Hawaii and he captioned it “He loves my welsh humour….no, honestly!! he does!! #hawaiimemories #happiness (sic)” The actor also went ahead to like a “cute couple” comment on the post. However, just as he doesn’t talk about his personal life, he hasn’t commented on his relationship status publicly.

After his studies, Luke immediately got into the acting scene. He began by appearing in productions by West End theatre in London. He remained with the theatre until 2008 with works such as Taboo, La Cava, Avenue Q, Rent, Miss Saigon. He also took part in the production of some fringe shows at the Edinburgh Festival. His most known role as a theatre actor was in the play “Small Change” by Peter Gill in 2008 as he played the character Vincent. The role earned him wide recognition as well as an award nomination for the Evening Standard Award in the category of best newcomer.