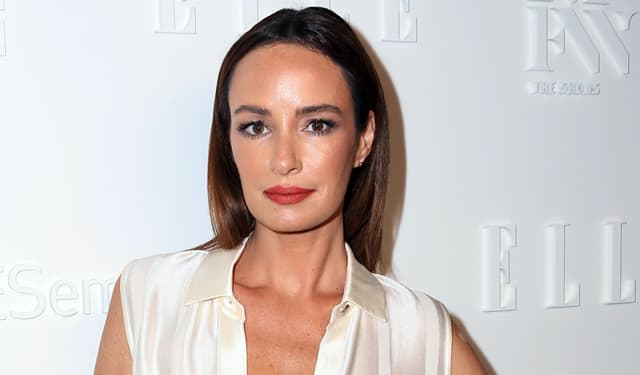 Catt Sadler is an American entertainment reporter who is best known for her work in E! News, E! News Weekend and the Daily Pop on E!. She previously co-hosted the network’s The Daily 10 before its cancellation. The Los Angeles Times named her one of the top 10 up-and-coming broadcasters in entertainment.

Sadler is from Martinsville, Indiana. She was born and raised in a family of six, she has 3 brothers and 2 sisters.

Sadler is not married as of 2019 though she has been married two times before. Sandler’s first marriage was to Kyle Boyd, a fashion executive, since 2001 until their divorce in 2008. The couple had been dating since their college days and have two sons together, Austin who was born in 2001 and Arion who was born in 2005.

After her marriage to Boyd ended, Sandler met Brett Jacobson over Memorial Day 2009 at the Indianapolis 500 and the two began dating. In October, five months into the relationship, Sadler and Jacobson got engaged. However, a week into the engagement, they ended it but continued dating. Their relationship ended shortly afterward and Sadler met British film producer Rhys David Thomas in May 2010 at a charity event in Los Angeles.

Sadler and Thomas began dating and on 23rd October 2011, the couple wed at the Palazzo Hotel in Las Vegas in a private ceremony. Their marriage did not also last as in March 2016, Sadler filed for divorce from Thomas.

Sadler first appeared on television at the age of 11 when she acted in the movie Hoosiers. She graduated from Martinsville High and Indiana University with a degree in journalism where she was a member of the Chi Omega sorority.

Sadler began her professional career at WXIN, the Fox affiliate in Indianapolis. The station hired her while she was still in college and her job was to host the weekly segment “Youth Matters”. She decided to make a move to advance her career, hence, she moved to California after working in local news for about a year.

After appearing as an extra in a few VH1 spoofs in Hollywood, Sadler got her first broadcasting job as an entertainment reporter in San Francisco in 1997 at KBWB/KNTV in San Jose, California, for their entertainment news segments. For four years she hosted a nightly lifestyle segment called “The Bay Beat” and traveled frequently to Los Angeles and New York to conduct celebrity interviews.

In 2001, she moved back to Indiana where she returned to WXIN to co-anchor the station’s morning newscast. She also hosted the Hoosier Lottery’s Hoosier Millionaire show, which became the longest-running syndicated lottery game show in the country. During this time, she also served as the official emcee for the NBA’s Indiana Pacers for the 2003-04 season. In 2005, Sadler gave birth to her second son. Sadler and her family returned to Los Angeles in 2006 when she was named host of The Daily 10 on E! alongside Sal Masekela and Debbie Matenopoulos.

Sadler continued acting in L.A. She played herself in Judd Apatow’s Knocked Up, and appeared on General Hospital and Night Shift. She also starred in the Red Jumpsuit Apparatus music video, “You Better Pray”, playing the dancing librarian.

In May 2017, E! News launched a new daytime talk show called Daily Pop, with Sadler as one of three hosts. A few months later, in December 2017, Sadler left E! News after learning that her co-host Jason Kennedy was earning “double” her salary. It was announced that she would serve as the co-producer of the Bravo travel and leisure show Three Ways to Depart, which was scheduled to be hosted by Liev Schreiber.

Sadler is the international spokesperson for the Women Like Us Foundation, an organization her mother co-created after writing a book of the same name. In 2010, Sadler founded a local chapter – Women Like Us Hollywood. WLUH is dedicated to empowering at-risk school girls in inner city Los Angeles. She serves as the president.