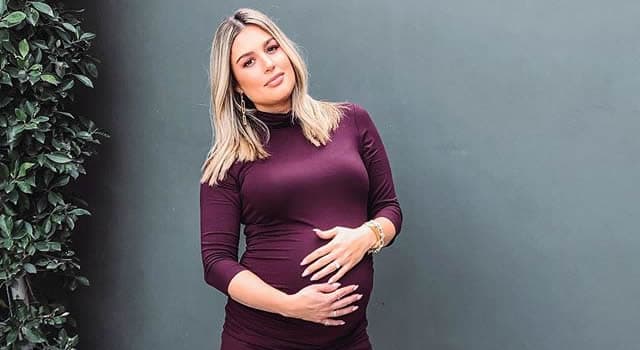 Carissa Culiner is an American entertainment journalist known for co-hosting the E! News: Daily Pop on the E! network. She is also an on-air correspondent for E! News, covering Hollywood’s red carpets biggest events. She is also a former radio broadcaster who was on the show Scotty & Carissa in the Morning in Columbia, Missouri.

How old is Carissa Culiner of E!? – Age

Carissa’s birth name is Carissa Renee Loethen. She is 34 years old as of February 21, 2020. She was born in Jefferson City, Missouri, USA.

Yes, Carissa is married. She walked down the aisle in the company of her father in June 2016 and married her then-fiance Shanon Culiner. Her husband’s stepfather Michael Josephs officiated the wedding. The couple had gotten engaged on December 26, 2014. Her parents are David Loethen and Diana Loethen and she has two brothers namely; Kyle David Loethen and Chad Loethen.

Carissa and her husband Shanon are parents to two young children. Their first child is a son by the name Chase Culiner. He was born on November 30, 2017. On 22 October 2019, the Daily Pop co-host and E! News correspondent made an announcement that she was pregnant with her second baby.

This announcement was made during the Daily Pop show and when she said, “A certain someone at this table has been keeping a huge secret and I’m going to expose it right now.” She then played a clip of her son Chase finding out he’s going to have a sibling. “You’re going to have a little baby,” she told him while holding a copy of an I Am a Big Brother book.

The baby’s sex revelation was also done on-air in early December. Carissa had her husband, son and parents in studio for the big revelations. She sat next to her husband, son and parents while Carissa’s brother and Shannon’s mother watching on FaceTime and his father watching in Miami. Carissa began by introducing them then guessed the baby’s gender to be a boy and Shannon guessed that they would be having a girl. Carissa ended up popping a big balloon and a cloud of pink confetti fell out. Its a girl!

On April 28, 2020, the Daily Pop co-host and her husband welcomed their second child, a daughter by the name Zoey Grace Culiner. She was born at 11:01 a.m. in Los Angeles.

She also served as the station TV Personality for Columbia’s FOX-affiliate, KQFX. She then worked as an anchor and a managing editor in 2012 at Newsy, an online news company. She also hosted for other companies that partnered Newsy like About.com and TIME Magazine.

She then left and joined E! News in 2015 after finding out that she wanted to primarily focus on being on camera. She began as a correspondent for E! News and its digital series, E! News Now. She has since grown to be a co-host on the E! News: Daily Pop alongside fellow co-hosts Justin Sylvester and Justin Erin.

How much is Carissa Culiner worth? – Net Worth

With a successful career in the media, Carissa’s net worth is estimated to be in millions of US dollars. This is in the range of about $15 million.