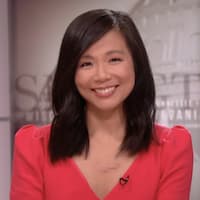 Weijia Jiang is a Chinese American journalist and reporter for television. She has been the Senior White House Correspondent for CBS News since July 2018, and she is stationed in Washington, D.C. During a White House press briefing, Jiang asked President Donald Trump about the COVID-19 testing program in the US, which received worldwide attention and coverage.

How old is Weijia Jiang? – Age

What ethnicity is Weijia Jiang? – Family

Jiang was two years old when his parents, Liya Wei and Huade “John” Jiang, emigrated to the United States. Her parents, who are now retired, owned and operated Chinatown Restaurant in Buckhannon, West Virginia, where she was raised.

Jiang grew interested in journalism at the age of 13 when her eighth-grade teacher, Dianne Williams, encouraged her. Jiang won a two-week internship as a student anchor and reporter in Los Angeles after they collaborated on a homemade TV show for a competition hosted by the national student broadcast Channel One. Jiang worked on the high school video news team throughout high school, when she was mentored by her teacher Julia Conley.

Jiang earned a bachelor’s degree in philosophy with a minor in chemistry from the College of William & Mary in 2005. She worked at the student-run television station WMTV and attributes her curiosity to the institution. She graduated with a master’s degree in broadcast journalism from Syracuse University in 2006. In 2012, she was inducted into the Professional Gallery of the Newhouse School of Public Communication for her contributions to the area of communications.

Who is Weijia Jiang married to? – Wedding

Jiang married Travis Luther Lowe, a Yelp executive and a supporter of Democratic Party candidates and causes, in Palm Springs, California, on March 17, 2018. The ceremony, which included a Chinese tea ceremony, was led by Jim Obergefell. Jiang and Lowe met while co-hosting a weekly campus television show in college. Frankie Mei, their daughter, was born in January 2019.

She has no scar and there is no evidence of her undergoing surgery.

Jiang is working on a memoir titled “Other,” which will be published by Simon & Schuster’s One Signal Publishers in Spring 2022. She’ll talk about her own journey, from her childhood in West Virginia to working in newsrooms with little diversity and her job as the White House’s lone Chinese-American correspondent. She intends to portray her lived experiences of difference and diversity as an Asian-American woman and a Chinese-American reporter growing up and working in the United States through her narrative. Jiang contextualizes “Other” as the violence of prejudice and hatred resulting from a lack of education and intolerance of difference, as well as her deep concerns about AAPI hate and its destructive influence on AAPI communities.

Jiang worked as a reporter for WBOC-TV in Salisbury, Maryland, after graduating with a degree in broadcast journalism. She worked at WJZ-TV in Baltimore from 2008 to 2012. Jiang worked as a general assignment reporter and fill-in anchor for WCBS-TV in New York from 2012 to 2015, covering big stories such as the Boston Marathon bombings, the Sandy Hook Elementary School shootings, and Hurricane Sandy.

The spot news coverage of the Newtown Tragedy, which Jiang was part in covering, earned a regional Emmy award in the 34th News & Documentary Emmy Awards in 2013. Jiang hosted the Outstanding 50 Asian Americans in Business Gala Dinner in 2014, which included letters of support from President Barack Obama, Andrew Cuomo, and Bill de Blasio.

Jiang went to Washington, D.C. in 2015 to work as a journalist for CBS News’ Newspath, a 24-hour news gathering program. She has covered key political events such as the 2016 US presidential elections, the funeral of former US First Lady Barbara Bush, and the congressional baseball shooting as part of her job, as well as extensive reporting on both the Obama and Trump administrations.

Following her coverage of President Donald Trump’s G-7 Summit and the Trump administration’s ‘zero-tolerance policy, Jiang was named CBS News White House reporter in 2018. Jiang has covered events such as Trump and Russian President Vladimir Putin’s historic summit in Helsinki, the Mueller probe, the 2020 United States Presidential elections, and President Trump’s first and second impeachments. The Asian American Journalists Association is where Jiang belongs. During the Biden administration, she continues to cover the White House as a senior White House correspondent for CBS News. 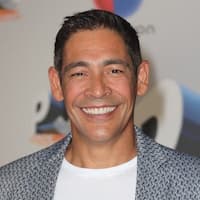 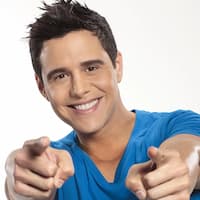 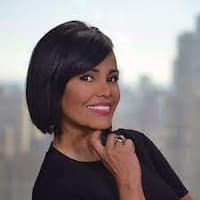