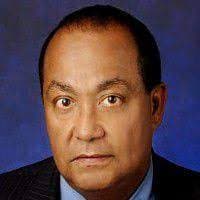 Who is Pablo Guzman? – Biography

Pablo Guzmán is a journalist from the United States working as a reporter for WCBS-TV. He began working for CBS 2 News in 1995 and is now a senior correspondent for the network. He worked as a reporter for Metromedia Channel 5 WNEW-TV (Now FOX 5 WNYW-TV) from 1984 to 1992 and for WNBC-TV from 1992 to 1995 before joining WCBS-TV. He was the recipient of two regional Emmy Awards.

How old is Pablo Guzman? – Age

Guzmán is a Bronx High School of Science graduate. He became a founder and co-leader of the Young Lords Party, a radical political organization that fought for Puerto Rican and Latino rights, after a year at the brand new State University of Old Westbury on Long Island (the campus was still being built, and the 81 students were housed on Oyster Bay).

Pablo is married to Debbie Corley. The couple has two children;  a daughter, Angela Guzman, and a son, Danie Guzmanl.

Guzmán has contributed to The Village Voice, Essence, Rolling Stone, Musician, Downbeat, Billboard, and the New York Daily News, among other publications. He also deejayed at WBLS and hosted radio talk shows on WMCA and WLIB.

Guzmán has reported on a variety of topics. He has lived in Mexico, spent three months in the People’s Republic of China while Mao was still alive, and reported from Kentucky, Costa Rica, Ohio, Cuba, and Texas, among other places. In New York, new state limits on emergency department staffing were triggered by a series of investigative reports on deaths caused by improper emergency room care. Pablo was the first to report that Islamic jihadists were responsible for the 1993 World Trade Center bombing; the first to report the arrest of mastermind Ramzi Yousef; and the first to report that the prime suspect in the Oklahoma City bombing was a white separatist rather than a Middle Eastern jihadist.

Guzmán has secured exclusive interviews with luminaries such as Sting, Carlos Santana, John Fogerty, Spike Lee, and Robert DeNiro in the realm of pop culture, drawing on his expertise as a writer, radio DJ, and talk show host. His signature style combines wit with cutting-edge storytelling.

Guzmán received an Emmy for his coverage of a police officer’s murder and was named one of the city’s three most popular television reporters in a poll by the New York Daily News. He was also honored by the Patrolmen’s Benevolent Association for a piece about a contentious police shooting in Washington Heights that helped to vindicate the officer.

Guzmán also served as an honorary member of the Grammy Awards’ Latin Music Selection Committee for the first two years, in acknowledgment of his efforts to persuade the National Academy of Recording Arts and Sciences to create the category.

Pablo was imprisoned for nine months of a two-year term near the conclusion of the Vietnam War after refusing to report for his conscription physical in an act of civil disobedience. Others with a similar background of no previous arrests were given community service or suspended sentences at the time. He was in the Young Lords, according to the FBI. When Pablo first started as a reporter, some of his strongest contacts were FBI agents and NYPD officers who had advanced through the ranks. Indeed, when Kelly was a Sgt. out of the 23rd Precinct, he attempted to arrest Pablo during his Young Lords days.