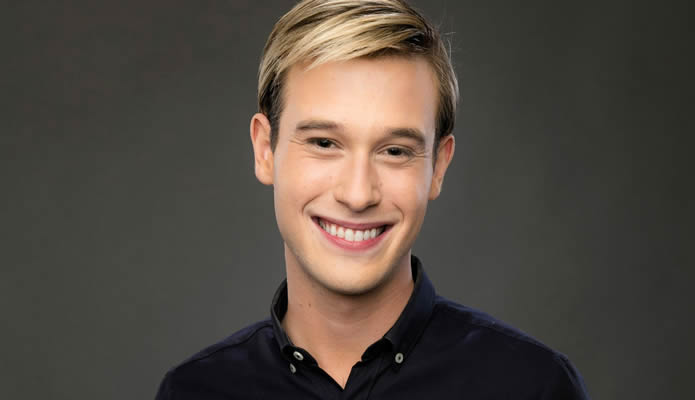 Tyler Henry is a reality show personality known for the series Hollywood Medium with Tyler Henry as a “clairvoyant medium”. The series is broadcast on the E! Television Network since its premiere in January 2016. He has also written a memoir titled Between Two Worlds: Lessons from the Other Side.

Henry’s work is not without criticism. This comes from skeptical activists and other people like John Oliver who are concerned about Henry’s rising popularity and hence, try to counter the public perception that what Henry does reflects reality. Others like Susan Gerbic criticize his TV show for targeting people who are grieving and vulnerable, and exploiting them for entertainment.

Born as Tyler Henry Koelewyn, the “clairvoyant medium” is 24 years old as of January 13, 2020. He was born in the year 1996 in Hanford. Tyler is from Hanford, California, United States, a small rural city near Fresno.

Henry is gay and very open about it. There have not been mentions of a partner.

Tyler is a clairvoyant medium on his television series Hollywood Medium with Tyler Henry. The show is broadcast on the E! Television Network. Henry tells that he was ten years old when he found out that he had clairvoyant abilities. He began giving readings to his teachers and fellow students at Sierra Pacific High School in Hanford. He graduated from high school on an accelerated academic program and had wanted to join college. He wanted to become a hospice nurse.

However, he was “discovered” before he could join college and he continued giving readings. His clientele grew fast to include celebrities and soon he had a reality TV development deal. At the age of 19, he began filming the Hollywood Medium with Tyler Henry and it premiered one week after he turned 20.

Some of his clientele that shot Henry to much fame include the Kardashians. He appeared on their reality show Keeping Up with the Kardashians in November 2015. Tyler’s show began airing on 24th January 2016. The E! network had initially ordered 8 episodes before ordering for 2 more, making it 10 episodes of the series’ season one. A second season was ordered by E! and the announcement made in March 2016. Still, in 2016, Henry released his memoir, Between Two Worlds: Lessons from the Other Side.

The online news reporter, People.com, published an article in February 2018 that was in advance of Tyler’s series’ third season. In the article was detailed information on Henry’s claims about his abilities, the development of his “powers”, and his reading with La Toya Jackson in the new season, in which he claimed to contact Michael Jackson.

As noted, what Henry does comes with a lot of criticism. He reportedly welcomes it as he told the Fresno Bee, “I am content with people asking questions”. One of his most controversial readings was that of actor Alan Thicke before he died. Henry had given Thicke a reading several months before he passed on aged 69 on December 13, 2016 due to aortic dissection. Henry had told Thicke about possible heart problems. After Thicke died, several reports from news outlets uncritically reported that Henry had sort of predicted the death. However, critics also talked of it being a successful psychic prediction.