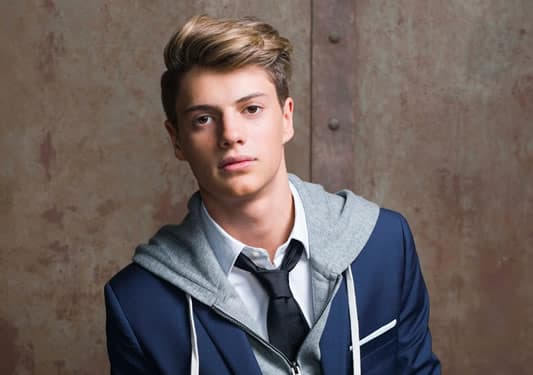 Jace Norman (born as Jace Lee Norman) is an American actor. He is well-known for his starring role as Henry Hart/Kid Danger in the Nickelodeon television series Henry Danger.

Jace was born and raised in a family of three. He was born in Corrales, New Mexico and moved to Southern California when he was 8 years old. He has an older brother and an older sister as well.

Norman started his acting career in 2012 with an appearance on Disney’s television series Jessie. Since 2014, he has played the lead role in Nickelodeon’s sitcom Henry Danger. He has also starred in two Nickelodeon original movies, Splitting Adam and Rufus; a sequel to the latter, Rufus 2, aired on Nickelodeon in January 2017. He had his theatrical film debut and the lead voice role in the animated film Spark, released in April 2017. In 2017, 2018 and 2019, Norman won the Kids’ Choice Award for Favorite Male TV Star.

Norman has been a member of the cast of the Nickelodeon TV show Henry Danger as Henry Hart since its premiere in 2014. Henry is the sidekick of Captain Man (played by Cooper Barnes), a superhero. His fellow co-stars are Riele Downs, Ella Anderson, Sean Ryan Fox, Jeffrey Nicholas Brown and Michael D. Cohen. As of 2019, the show has had five seasons and according to Norman, it is almost ending.