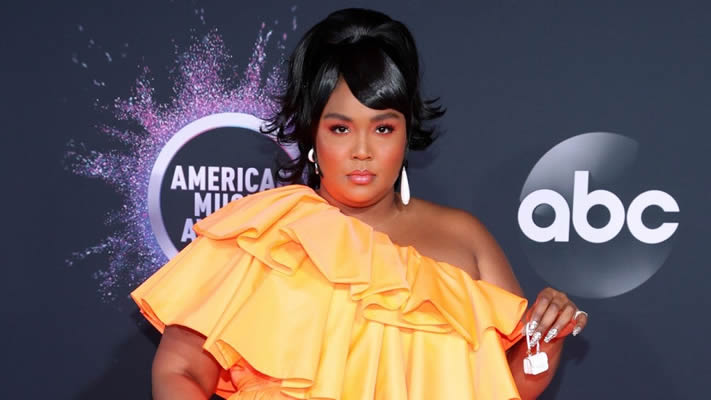 Lizzo is a rapper, songwriter and flautist from the United States of America. Besides her professional name, the rapper’s full name is Melissa Viviane Jefferson. She is well known for her songs like “Truth Hurts” (2017) and “Juice” (2019) as well as her role in movies like “Hustlers”. For her music, she incorporates hip hop and pop genres as well as R&B, soul and funk-pop.

How old is Lizzo?

The Truth Hurts singer is of American nationality.

Why is Lizzo Famous?

Aside from rapping and singing, Lizzo is also famous for being a flautist. She is trained classically and has performed solos in several flute performances. Her passion for playing the flute began when she was a child and she has mastered the skill even in her adult life.

The “Hustlers” actress began rapping at a young age. By the age of 14, she was in a musical group she formed with her friends, the “Cornrow Clique”. It is with the group that she got the nickname that is her professional name. It is a variant of “Lissa” inspired by Jay-Z’s “Izzo (H.O.V.A.)”.

She later moved to Minneapolis in 2011 and joined indie groups like Lizzo & the Larva Ink and co-formed the all-female group, the Chalice. They released their first album in 2012, titled “We Are the Chalice”. On 15th October 2013, Lizzo released her hip-hop-focused debut album, Lizzobangers, which led to her tour of the UK and US in the fall of 2013. She kept going and in 2014, she was a musical guest on David Letterman’s 7th October show. On 11 December 2015, she released her second studio album, “Big Grrrl Small World”.

She released “Coconut Oil”, her first major-label extended play, on October 7, 2016. One of the songs she is known for, “Good As Hell” was the lead single on the extended play, a part of the soundtrack for the film Barbershop: The Next Cut. Lyrically, the extended play explores themes of body positivity, self-love, and the journey to those ideals. The song led her to begin the Good as Hell Tour in 2017, to promote the whole play.

In 2019, she ventured into acting with her first role being in the animated film UglyDolls as the voice of Lydia, a purple-haired perfect doll and a supporting role on Hustlers, an American black crime comedy-drama film. In the same year, she had her third album, with the lead single “Juice”, released by Atlantic Records. The album’s name “Cuz I Love You”, was released the next month. She got to perform at the Coachella Music Festival soon afterward. She has since been earning nominations for awards and winning as well. On 21st December 2019, Lizzo debuted on Saturday Night Live hosted by Eddie Murphy.

The “Juice” singer is an advocate of body positivity and self-love. She has often talked of her struggles with body issues when she was young. As a result, she aims at being diverse in her music while addressing matters sexuality, body image, race and other diverse topics. She even has a group of back-up dancers known as the Big Grrrls and they are all plus-size.

How much is Lizzo’s Net Worth?

According to several publications, the rapper’s net worth is estimated at 3 million USD as of 2019. From her growing mainstream appearances with huge album sales as well as sold-out concerts, this figure may be higher.

The rapper can be found on Twitter at @lizzo