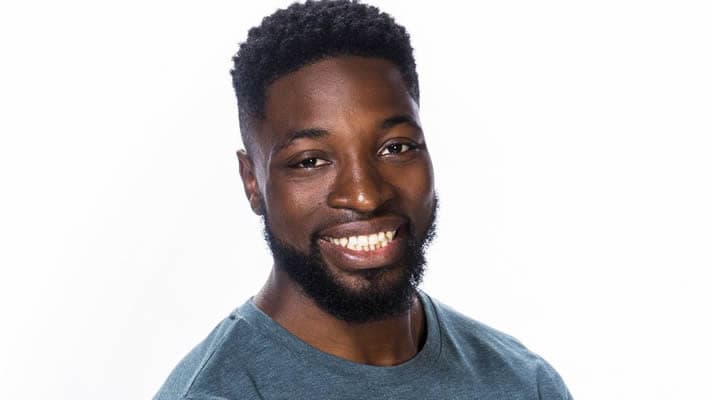 Preacher Lawson is an award-winning stand up comedian from the United States of America who is infamous for his appearance as a competitor on America’s Got Talent, 12th season where he finished among the finalists, in the bottom 5 of the Top 10. He again got a chance to get back to America’s Got Talent: The Champions, finishing in fifth place.

Born in Portland, Lawson lived with his mother and siblings. In one of his performances, he mentions that his father left them and he did not meet him. By the age of 10, his family had moved a lot, to 20 different places. As an adolescent, he lived the longest in Memphis, Tennessee. It was in Orlando, Florida that Lawson began his career as a comedian. He began writing his jokes at the age of 16 and a year later, at 17, he got to perform for the first time.

Lawson’s childhood that involved him moving with his family and switching schools often, built on his ability to adapt to new environments. Aside from the differences in culture, people and languages, Lawson says that he found out that the language of laughter is common to everyone. While telling jokes, he can warm up to most people and he is the loudest even when he is not the funniest.

After kick-starting his comedy career, Lawson decided to audition for the 12th season of the talent competition America’s Got Talent. In Episode 1201, Lawson auditioned telling jokes on having a motorcycle and a neighbor telling him about her car flipping over. Simon Cowell was captivated by the performance and he asked Lawson to tell another joke. Preacher then told a joke of his grandmother not being afraid to die when driving and being religious. He was sent to the Judge Cuts after Simon, Heidi Klum, Mel B and Howie Mandel.

The Judge Cuts performance featuring Lawson in Episode 1209 show him telling jokes on being catfished by a girl who had a limp. He got a standing ovation from the judges for his performance and he earned a place inthe Quarterfinals. In episode 1211 for the Quarterfinals, Lawson told jokes of his struggle with big smart phones, the world’s fastest clapper, among other hilarious material. He received another standing ovation from the judges and proceeded to the Semifinals in episode 1212.

During the Semifinals, Tyra Banks was the host of AGT. Lawson made a joke about Banks having having a huge forehead, having big lips, and playing around with his four-year-old cousin and him single, being ugly as a kid. He got enough votes to move him to the Finals during which he got yet another standing ovation from Simon Cowell, Howie Mandel, and Mel B in episode 1221. In episode 1222, the finale, Lawson did not garner enough votes for him to advance further to the top 5, thus eliminating him from the competition and his competitor Darci Lynne proceeded on.

America’s Got Talent: The Champions

After being eliminated at the finals of AGT 12th season, Lawson made a comeback to the talent program with “The Champions.” His first performance was in episode TC01 and as ‘usual’, he got standing ovations from Cowell, Mandel, Heidi, and Mel B. He was voted into the Top 3, receiving the most votes which in turn earned him a spot in the finals. In episode TC06 of the finals, Lawson gave another hilarious and energetic performance where he also tore his shirt off, leading to a standing ovation.

He was voted into the Top 5 and went ahead to finish in fifth place. This was behind Shin Lim, Darci Lynne, Kseniya Simonova, and Cristina Ramos.

Preacher Lawson – Get to Know Me

Is Preacher Lawson a vegan?

Lawson says he is a vegetarian and he often shares videos of vegan recipes on Facebook for his audience. The Facebook videos are among the series titled, “Cooking with a comedian”. He also has a YouTube channel where he posts vegan and vegetarian cooking guides, travel vlogs, and music videos with a comedic twist for all.

The America’s Got Talent finalist’s well-known advice to people is, “Don’t follow your dreams, lead them.”

What Preacher Lawson’s Net Worth

Although the “Get to Know Me” comedian’s actual net worth is not known, it is estimated that he is worth thousands of U.S. dollars.