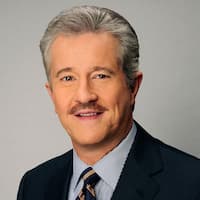 Who is Dr. Max Gomez? – Biography

Max Gomez is an award-winning broadcast journalist from the United States of America working as the medical correspondent/senior health editor alternately for the flagship television stations WNBC and WCBS-TV in New York City.

He was born and raised in Havana, Cuba.

He received his bachelor’s degree from Princeton University and his doctorate from Wake Forest University School of Medicine. He was also a National Institutes of Health Postdoctoral Fellow at Rockefeller University in New York.

Gomez is also the co-author of “The Healing Cell: How the Greatest Revolution in Medical History is Changing Your Life,” a primer on the many applications of adult stem cells in illness treatment and cure. Pope Benedict XVI delivers an introductory address. He also co-wrote “The Prostate Health Program: A Guide to Preventing and Controlling Prostate Cancer,” a book that describes how an innovative diet, exercise, and lifestyle program can help prevent prostate cancer.

Dr. Gomez has won multiple journalism accolades, including seven New York Emmys, two Philadelphia Emmys, a UPI award for Best Documentary for an AIDS documentary, and a New York City Excellence in Time of Crisis Award after September 11. Dr. Gomez has garnered national television journalism prizes from the National Marfan Foundation and the Leukemia Society of America for his coverage of two Leukemia-stricken twin girls from Long Island who received bone marrow transplants from their 7-year-old sister. He was also selected Man of the Year by the American Health Foundation and a NASA Journalist-In-Space semi-finalist in 1986.

Gomez has served on the American Heart Association’s national board of directors, as well as the Princeton Alumni Weekly and the Partnership for After-School Education. He also mentors medical students and physicians interested in medical journalism as well as undergraduate journalism students.

Dr. Gomez has served on the boards of advisers for the Science Writers Fellowship at the Marine Biological Laboratory in Woods Hole, Massachusetts; the Hope and Heroes Children’s Cancer Fund at the Children’s Hospital of New York; the Long Island Chapter of the Crohn’s and Colitis Foundation of America; and the Multiple Sclerosis Walk for over a decade.