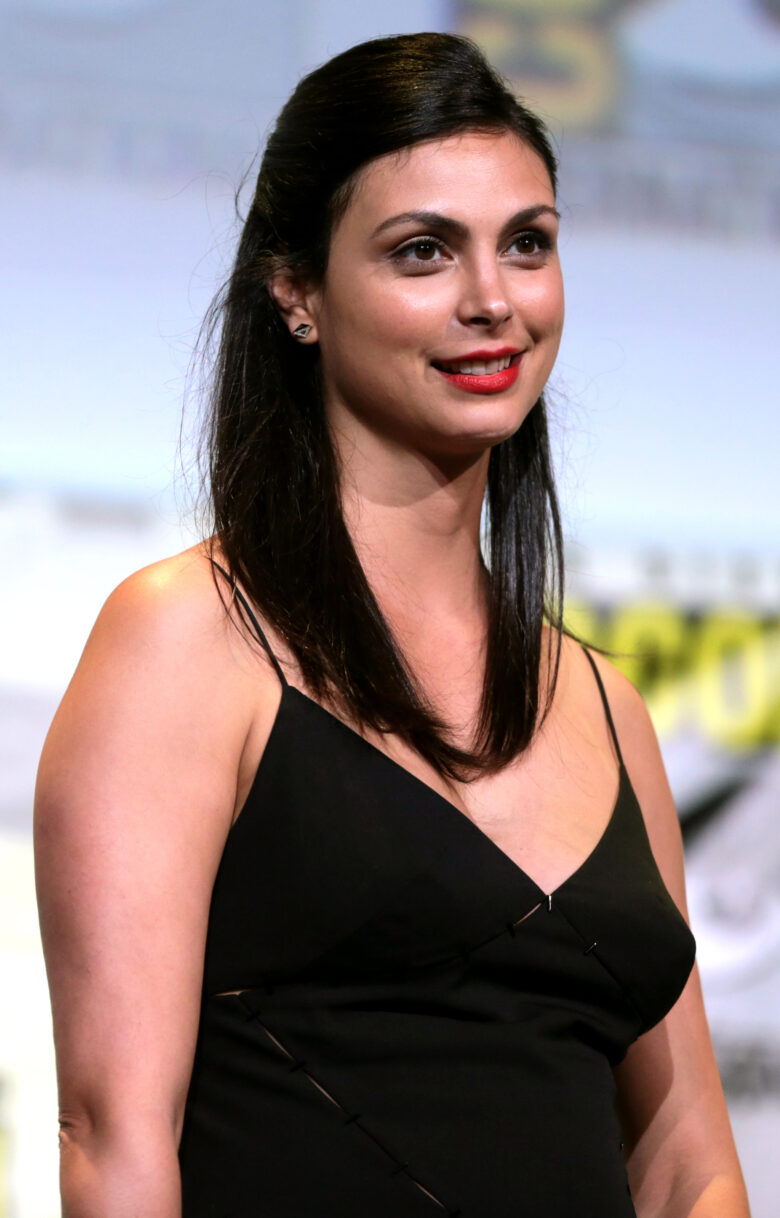 Morena Silva de Vaz Setta Baccarin is a Brazilian actress, well known for portraying Inara Serra in the sci-fi series Firefly and its follow-up film Serenity, Vanessa in the superhero comedy franchise Deadpool, Jessica Brody in the Showtime series Homeland, Dr. Leslie Thompkins in the Fox series Gotham, and Elena Federova in the NBC series The Endgame. In 2013, because of her Outstanding Actress in a Drama Series; Homeland she was able to receive a Primetime Emmy Award.

How old is Morena Baccarin? – Age

She stands at an incredible height of 5 feet 7 inches tall.

Who are Morena Baccarin parents? – Family

Baccarin was born to Vera Setta, mother an actress and Fernando Baccarin, father who is a journalist. And it’s also believed that she’s of Italian, Portuguese and Lebanese descent. Morena has on sibling, a brother named Taua Baccarin. When she was seven, she moved with her family to Greenwich Village, New York, because her father was transferred to work as an editor as Globo TV’s headquarters. But all in all they family is well bonded with each other. And more so because of how her family was supportive, she was able to chace her dreams since she was six.

Who is Morena Baccarin dating? – Relationship

According to sources, she was married to an American film producer and director Austin Chick in November 2011. They both had a son in October 2013. But unfortunately Chick filed for a divorce, citing irreconcilable differences. because of Chick divorcing with her, she planned to marry her Gotham co-star Ben McKenzie, adding that she was pregnant with their child. In March 2016, Baccarin’s and McKenzie’s daughter was born. Therefore after, the two actors got married in Brooklyn, New York, on June 2, 2017, Morena’s 38th birthday. Later on, in March 2021, they were blessed with a son.

The Brazilian actress landed her first role in the improvised fashion-world comedy Perfume. And for this, it was followed by a lead role in Way Off Broadway. But way before that she debut as an actress at the age of six for a TV special directed by her grand-uncle, who is a theatre director in Brazil. The science-fiction drama Firefly as Inara Serra was her first television series, and she reprised her role in the 2005 film Serenity. In February 2005, Silva provided the voice for Black Canary in multiple episodes of the animated series Justice League Unlimited. Following the next year, in 2006, she guest-starred in three episodes of the television series The O.C.

It was later on announced in April 2006 that Baccarin would be playing the adult version of recurring villain Adria in the tenth season of Stargate SG-1. But in the same year Monera had appeared in the unaired pilot episode of It’s Always Sunny in Philadelphia, playing a transgender woman Carmen.In May 2009, Morena made her Off-Broadway debut in Theresa Rebeck’s television satire Our House at Playwrights Horizons in New York City. Because of how she was determined and passionate in acting, she landed the lead role of Anna, the leader of the alien Visitors, in ABC’s 2009-2011 series V, a remake of the 1984 series.

In May 2011, Baccarin joined the cast of the Showtime television drama Homeland, for which the actress received praise for her role as the conflicted wife of a former prisoner of war. Then on July 18, 2013, she was nominated for Outstanding Supporting Actress in a Drama Series at the 2013 Primetime Emmy awards for her performance. As we all know the famous movie Deadpool, Morena did manage to play the role of Vanessa Carlysle alongside Ryan Reynolds. In 2015, the Vanessa role player began a leading role as Dr. Leslie Thompkins in the Fox show Gotham. She portrayed the character in all five seasons of the show. Because of her endurance she received much awards.

The Brazilian-born actress has a net worth of $8 Million.