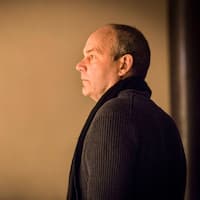 Nick Ormerod is a British theatre designer and co-founder of Cheek by Jowl, an international theatre company. Cheek by Jowl was founded in 1981 by him and Declan Donnellan, and they are the company’s co-artistic directors.

How old is Nick Ormerod? – Age

He studied law at Trinity College, Cambridge, before moving on to the Wimbledon School of Art to pursue a BA in theatre design.

Cheek by Jowl was founded in 1981 by Ormerod and Declan Donnellan. The company has performed in over 400 cities in 40 countries spread across six continents. Cheek by Jowl has been a part of the Barbican’s International Theatre Program (BITE) since 2006, which has resulted in co-productions of The Changeling, Cymbeline, and Troilus and Cressida.

Ormerod also designed the Royal Shakespeare Company’s productions of School for Scandal and King Lear, in addition to Cheek by Jowl. With Declan Donnellan, he co-wrote an adaptation of Charles Dickens’ Great Expectations for the Royal Shakespeare Company in 2005. In 2000, he designed Troilus and Cressida for the Burgtheater in Vienna, and Falstaff for the Salzburg Festival in 2001.Ormerod designed Hay Fever for the Savoy Theatre and Shakespeare in Love for the Noel Coward Theatre in London.

Ormerod designed both parts of Tony Kushner’s Angels in America for the Royal National Theatre, as well as Sweeney Todd, Peer Gynt, and Fuenteovejuna. In the year 2000, he and Donnellan established an acting company in Moscow under the auspices of The Chekhov Festival, whose productions have included Boris Godunov, Twelfth Night, and Three Sisters. In 2003, he designed Romeo and Juliet for the Bolshoi Theatre, and in 2015, he designed Hamlet. In 1997, he directed The Winter’s Tale for the Maly Drama Theatre in St. Petersburg.

He and Donnellan have produced more work in Russian with Cheek by Jowl, including The Tempest with the Chekhov Festival and Measure for Measure in a co-production with Moscow’s Pushkin Theatre.

In 1988, Ormerod was nominated for the Laurence Olivier Award for Designer of the Year for A Family Affair, The Tempest, and Philoctetes, and in 2008, he won the Corral de Comedias Award with Donnellan. He directed the 2012 film Bel Ami, based on the novel by Guy de Maupassant. In the 2017 Birthday Honours, Ormerod was appointed Officer of the Order of the British Empire (OBE) for services to theatre design.