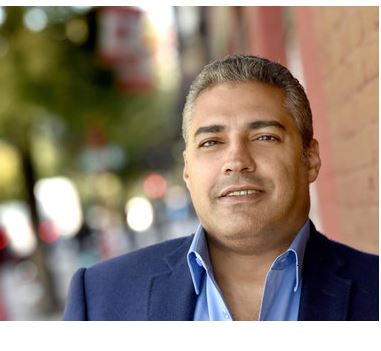 Mohamed Fadel Fahmy is a Canadian journalist, war correspondent, and author of Egyptian origin. He has considerable experience working in the Middle East and North Africa for CNN, BBC, and Al Jazeera English.

How old is  Mohamed Fahmy? – Age

Where did  Mohamed Fahmy go to school? – Education

He graduated from the University of Massachusetts Amherst.

Fahmy’s wife is Marwa Omara and they have three children.

What is  Mohamed Fahmy Salary?

Fahmy’s salary is not known.

Fahmy’s net worth is estimated to be $1.5 million.

Fahmy reported live from the scene of the Israeli Embassy attack in Cairo in September 2011 and saved an American PBS NewsHour crew and senior correspondent Margaret Warner from a mob attack while covering the embassy attack. He authored “Egyptian Freedom Story” in 2011 which included 200 photos to document the January 25th Revolution. A Peabody Award was granted to Fahmy in 2011 for his contribution to the CNN coverage of the Arab Spring.

In his role with CNN, he reported extensively on the fall of Hosni Mubarak during the January 25th revolution and on the Syrian uprising. He traveled to Libya during the early days of the revolution in 2011 and reported on the hunt for dictator Gaddafi, the formation of a transitional government, and the rise of extremism. He covered the Egyptian elections that brought the Muslim Brotherhood to power in 2012, and he was the first Western journalist to speak with Mohamed Al Zawahiri, the Al Qaeda leader’s brother, after his release from prison.

He registered and launched the Fahmy Foundation nongovernmental organization based in Vancouver during his imprisonment to advocate for and financially support journalists, photographers, and prisoners of conscience imprisoned worldwide. The Fahmy Foundation partnered with Amnesty International in writing a Protection Charter that was presented to Prime Minister Justin Trudeau and the liberal government in Ottawa. The document entails 12 practical steps for the government to reform and strengthen its mechanisms to protect Canadian citizens, permanent residents, journalists, and individuals with close Canadian connections from serious human rights violations in other countries.

On May 5, 2015, Mohamed Fahmy sued Al-Jazeera for $100 million Canadian dollars ($83m; £53m) in a British Columbia court. The punitive and remedial damages are demanded for alleged negligence and breach of contract. He accuses the network of “negligence” by misinforming him about its legal status and their safety in Egypt.

On January 29, 2014, it emerged that the Egyptian authorities were to charge 20 defendants in the case, including Fahmy.

On February 20, 2014, Fahmy pleaded not guilty and described his prison conditions as “psychologically unbearable.” Fahmy was denied bail and had his court case adjourned until March 5, 2014. On 31 March 2014, he and co-defendants Peter Greste and Baher Mohammed made a request to a judge during a hearing to be released. Fahmy received the Canadian Commission World Press Freedom Award and a certificate from UNESCO on World Press Freedom Day, dated May 3, 2014, which coincided with his appearance in court. He was allowed out of the cage to explain the nature of journalism to the judge. He reminded judge Nagy Shehata that “the world is watching” and asked for bail. His request was overruled after the judge wished him and his colleagues a “Happy Press Freedom Day”. Fahmy addressed the court in an emotional plea on June 16 and once again denied the charges, saying, “I wish there was a single shred of evidence so I could defend myself. And, even if there was, you would have to prove ill-intent”. On June 23, 2014, the Cairo Criminal Court convicted the three journalists. International news organizations called the trial a farce. US Secretary of State John Kerry was highly critical of the sentences of Fahmy and his co-workers, terming them “chilling and draconian” and noting he had spoken to Egyptian governmental officials, including President Abdul Fattah al-Sisi. The Egyptian president, who later said that he wished the journalists had simply been deported, the following day announced that he would not interfere with the judiciary.

On 23 July 2014, the judge in the case released his reasoning for the sentence, saying the Al-Jazeera journalists were brought together “by the devil” to destabilize Egypt. Telecommunication mogul and billionaire Naguib Sawiris alleged that Fahmy has no affiliation with the Muslim Brotherhood. Sawiris even took his fury further and released a video calling on President Abdel Fattah al-Sisi to release Fahmy. His lawyer, Amal Clooney, hired in her own capacity and not through Aljazeera Media Network, called the judicial process a “show-trial” in her August 18, 2014 op-ed for the Huffington Post. She released several statements, including one on November 24th, 2014, calling on the Egyptians to release her client, and urging the Qatari government and Al Jazeera to take positive steps to support his freedom and refrain from actions that would hinder his cause. On January 1, 2014, the highest court in Egypt upheld the sentence. On 1 February, his colleague Peter Greste was deported to Australia. The Egyptian law allowing the deportation of foreigners stipulates that they face prison or trial in their home country, but Australia is not likely to uphold Greste’s conviction. No explanation was given for his release. However, Mohamed Fahmy was released on bail after spending 411 days of incarceration. He is currently banned from leaving Egypt, where he continues the battle for freedom as his retrial continues in the Cairo Criminal Court and he faces the possibility of returning to prison at the end of the retrial.

The trio stood trial on 1 January 2015, before the Egyptian High Appellate court. The court ordered a retrial for Fahmy and his two colleagues while keeping them in custody. On February 2, 2015, it was reported that he would renounce his Egyptian citizenship so he could qualify for the foreign pardon law and be deported to Canada, where he is a citizen. On February 12th, 2015, Fahmy was released on bail for 250,000 Egyptian Pounds. Baher Mohamed was also released. The presiding judge adjourned proceedings until 23 February. On 29 August 2015, the Egyptian court sentenced Fahmy and Mohammad to three years in prison. They were found guilty of not registering with the country’s Ministry of Culture, using central Cairo’s Marriott hotel as a broadcasting point without permission, bringing into Egypt equipment without security officials’ approval, and spreading false news. His legal team included Amal Clooney, who was able to secure on 30 August an interview with CBC Television‘s The National reporter in Egypt, Derek Stoffel, in which she called for Stephen Harper to intervene on behalf of Fahmy, saying

This is the most high-profile case of a Canadian abroad being imprisoned on sham charges. It’s a dangerous precedent being set. It’s a journalist who’s going to prison for no reason… What needs to happen now, in my view, is very high-level engagement by the government of Canada and that means Prime Minister Harper engaging directly with President Sisi. If I were a Canadian citizen, I would want to see my prime minister now showing leadership on the global stage.

The ambassador in Egypt for the UK, John Casson, was disciplined by the Egyptian foreign ministry over his “unacceptable interference” in the affair, made in Arabic outside the court, on Facebook and on Twitter. The interference was deemed “incompatible with diplomatic norms and practices”, and a spokesman “rejects any foreign criticism of judicial verdicts.” Casson said the court’s decision would “undermine confidence in Egypt’s stability,” although it was not immediately apparent why this should be the case. In the original trial, two al-Jazeera journalists from Britain, Sue Turton, and Dominic Kane had been tried and found guilty in absentia. Amal Clooney orchestrated another television interview for the benefit of British viewers. Clooney was to appear with the Canadian ambassador to Egypt, Troy Lulashnyk, to pressure Egyptian officials for a presidential pardon.

A presidential spokesman for Sisi announced on 23 September 2015 that Fahmy and Baher Mohamed had been pardoned and were slated for release. Sisi issued the pardons ahead of the Eid al-Adha holiday and festival.

Fahmy flew out from Cairo and left on a flight from London for Toronto on October 6, 2015. 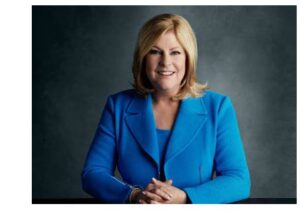 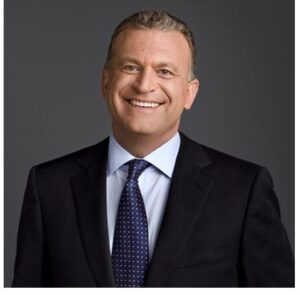 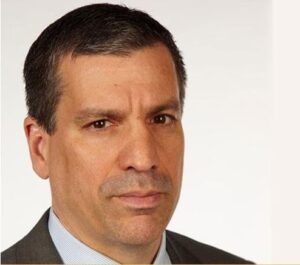