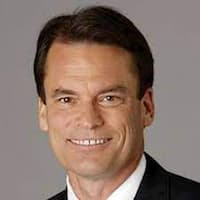 Chip Reid is a CBS News national correspondent based in Washington, D.C. For the “CBS Evening News,” “CBS This Morning,” and “CBS Sunday Morning,” he covers everything from breaking news to features.

How old is Chip Reid? – Age

Reid was born in Wilmington, Delaware.

He is the son of Charles H. Reid Sr. and Norma Reid. Reid attended Concord High School, a public secondary school in Wilmington, Delaware, before attending Vassar College, a private liberal arts college in the town of Poughkeepsie, New York, where he graduated Phi Beta Kappa in 1977 with a degree in psychology. In 1982, he graduated with a Master’s of Public Affairs from Princeton University in Princeton, New Jersey. He graduated from Columbia Law School with a law degree. He delivered the commencement address to the class of 2011 at Vassar College.

He is married to Nina Black. The couple married in 2006, they together live in Washington, D.C.

How much is Chip Reid worth? – Net Worth

Reid was CBS News’ chief White House correspondent from 2009 to 2011, accompanying President Obama on dozens of foreign and domestic trips and conducting several one-on-one interviews with the president. Prior to joining the White House, he worked for CBS News, where he covered Capitol Hill.

Prior to joining CBS News, he worked for NBC News for a decade, primarily in Washington, where he covered politics, law, defense, and foreign policy. During the campaign season, Reid was a regular anchor on MSNBC’s political coverage. Reid covered Bill Clinton’s 1996 re-election campaign and Al Gore’s 2000 presidential campaign.

Reid reported extensively from the Middle East following the September 11, 2001 attacks, including Afghanistan, Iraq, Kuwait, Egypt, Qatar, Uzbekistan, Israel, the West Bank, and Gaza. Reid was embedded with a lead battalion of US Marines during the first phase of the Iraq war in 2003, fighting its way from Kuwait to Baghdad.

Reid worked as a lawyer before becoming a journalist, serving as counsel and chief investigator on the Senate Judiciary Committee for four years. He then worked for a major Washington law firm for two years, specializing in litigation and lobbying. He is an adjunct professor at Georgetown University, where he teaches graduate-level journalism and politics courses.