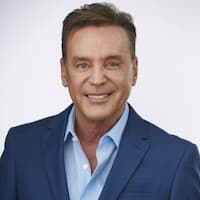 Mark Kriski is a Canadian radio personality who worked as a DJ on Q-100 FM in Victoria, British Columbia, and 980 AM in Montreal, known as CKGM, before becoming a weatherman on Canada’s The Weather Network in the late 1980s. Kriski presently works at the Los Angeles television station KTLA.

How old is Mark Kriski? – Age

From 2004 to 2009, Kriski was married to Samantha Lewis, the proprietor of Digital Playground. He proposed to KTLA colleague Jennifer Gould on May 18, 2011, and the couple married on September 24, 2011.

What disease does Mark Kriski have? – Sickness

In 2011, he was diagnosed with viral pneumonia. He was treated in Northridge Hospital. Kriski, who was in and out of the hospital several times since before Thanksgiving, said he had an anti-biotic-resistant form of viral pneumonia called Vancomycin-Resistant Enterococci (VRE). What started out as an office-wide sickness quickly turned into something much worse.

He has an estimated net worth of $ 1 million.

For more over two decades, Kriski has been a staple at KTLA. For years, he was seen on the “KTLA Morning News” five hours a day, Monday through Friday, from 5 a.m. to 10 a.m.; in late October 2010, his shift changed to 7 a.m. to 10 a.m. Kriski has eight Emmys and one Associated Press Radio-Television Award to her name. Kriski was awarded the Funniest Weatherman in Los Angeles by the Los Angeles Times, and he has won three Golden Mike Awards from the Radio & Television News Association for Best Weather Segment. Mark suffered viral pneumonia in November 2010 and was forced to go on sick leave for two months.

Kriski attended Fanshawe College in London, Ontario, where she studied radio and television arts. He worked as a commercial voiceover artist and a radio disc jockey at numerous stations around Canada. Mark’s first television job was as a weathercaster for Canada’s Weather Network. He then took a second job as a weatherman at CFCF 12, a local Montreal station, and began hosting portions for a Canadian-produced travel show called “Travel Travel,” which aired in syndication across North America. Kriski arrived in the United States in 1991 after accepting a job as an AM weatherman on “KTLA Morning News.”

He’s one of the final original “characters” from the beginning of the show. Mark has played newscasters in over ten feature films in addition to his full-time job on the “KTLA Morning News.” In the season 6 episode “Consideration” of 7th Heaven, he played a newscaster reporting on Simon’s vehicle chase for fictional station KRLH channel 8 in 2001. He also provides voice overs and can be heard on MY FM 104.3 in Los Angeles from time to time.

Kriski began working as a professional ring announcer for boxing and mixed martial arts (MMA) events in 2012, most notably for famed Hall of Fame trainer Emanuel Steward’s Kronk Boxing and boxing champion Oscar De La Hoya’s Golden Boy Promotions. He also does commercial voice over/imaging on a regular basis and has received numerous honors for his work, including an Emmy, a Clio, and the PromaxBDA Gold.