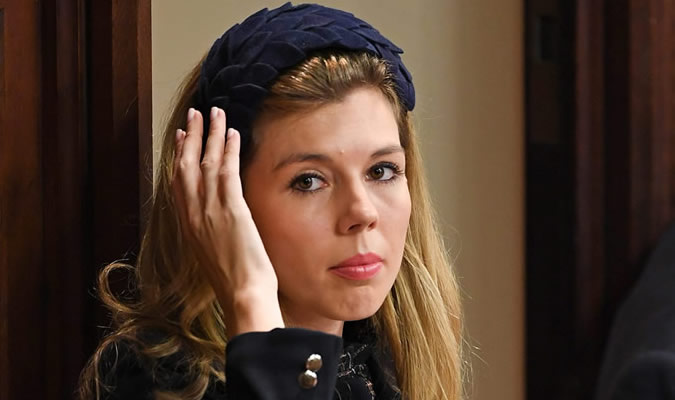 Carrie Symonds is an English political activist and senior advisor for Oceana, inc., a non-profit ocean conservation organization. However, she is more famous for being the fiancée of Boris Johnson, the Prime Minister of the United Kingdom. Residing at 10 Downing Street, Ms. Symonds is the first unmarried partner of a prime minister. Symonds is also a patron of the Conservative Animal Welfare Foundation.

Born in London, Carrie is the daughter of British journalist and co-founder of The Independent, Matthew Symonds and Josephine Mcaffee, also working for the paper as a lawyer. Her paternal grandparents also worked in the media industry, her grandfather, John Beavan, Baron Ardwick, a newspaper editor and Labour Party MEP in the 1970s while her grandmother, Anne Symonds, was journalist working for BBC World Service.

Boris Johnson is a British politician and the Prime Minister of the United Kingdom since July 2019. Symonds and Johnson have been reportedly been in a relationship since 2018. They both announced that they had gotten engaged in late 2019 and also expecting, due mid-2020. After Boris became the Prime Minister, he and Symonds moved to the 10 Downing Street, the United Kingdom’s government headquarters and official residence.

Carrie and Johnson’s baby boy was born at University College Hospital in London on February 29, 2020. They named their son, Wilfred Lawrie Nicholas Johnson.

Growing up in South West London, Ms. Symonds went to Godolphin and Latymer School, from 1999 to 2006. Later on, she joined the University of Warwick to study a degree in art history and theatre studies. She graduated from the institution in 2009 and in the same year, she became a press officer for the Conservative Party. Her job stationed her at the Conservative Campaign Headquarters and in 2010, she was part of Boris Johnson’s campaign in the 2010 London Conservative Party mayoral selection.

Apart from working for Johnson, Ms. Symonds also worked for John Whittingdale and Sajid Javid, both Conservative MPs. In 2018, she became the head of communications for the Conservative Party. However, she left the position later on in the year. Next, a public relations job from the Oceana project came knocking and Symonds took it up.

John Worboys is a former taxi-driver convicted of sexual assault on several of his passengers. Symonds testified at Worboys’ trial, in 2009, having been one of his victims in 2007 at the age of 19. On that night, Symonds took a ride as she was coming from a King’s Road nightclub and Worboys was the taxi-driver. He offered her champagne and vodka, which Symonds belives was spiked as she vomited and laughed hysterically before passing out until 3pm the following day after she got home. At the trial, a total of fourteen women testified against Worboys, including Symonds.