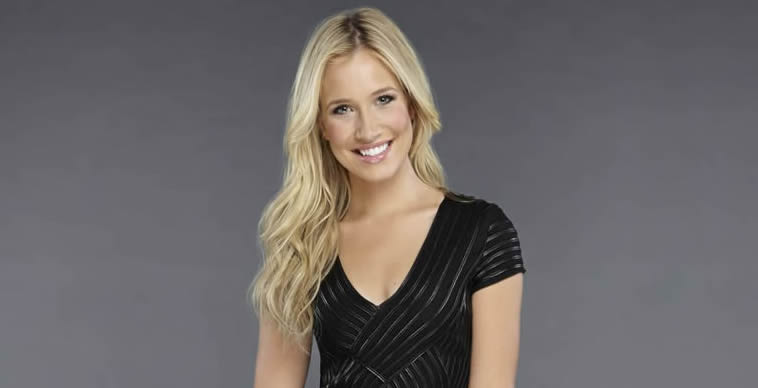 Kristine Leahy is a television host and former sports reporter from the United States and is infamously known for her time as a host of the show American Ninja Warrior on NBC. As a sports reporter, Leahy is a former reporter and anchor on KCBS-TV in Los Angeles, a former co-host of The Herd with Colin Cowherd, a Fox Sports 1 simulcast. Still on Fox Sports 1, Kristine hosted the show Fair Game from 2018 to December 2019.

Ms. Leahy was born and raised in Chicago. Her interest in sports began in her early days as a young person. She attended school at Prairie Ridge High School in Crystal Lake, Illinois. For college, she attended Boston University and studied a Bachelor of Science in Journalism.

Who is Kristine Leahy Dating? Is she in a relationship?

Ms. Leahy is probably single as there are no reports of her being in a relationship and she has also not talked of her romantic life in public. However, she has been involved with training director and instructor as well as healthcare professional, Aaron Hines. Still being a private person in regards to her relationships, this relationship “confirmation” is drawn from her social media posts, especially on Instagram where she shared photos of the two being cosy with each other. However, it is suspected that the two are no-longer together.

Soon after graduating from college, Kristine landed a job at WEEI, a sports radio station in Boston. After two years, she became an official reporter of Celtics.com and the Boston Celtics. This new position then turned into a job where she reported all of Boston area’s sports teams for FOX Boston.

In 2012, she relocated to Los Angeles and carried on her career as a sports reporter in a variety of fields. Her most notable contribution was on the Turner Sports’ March Madness coverage. She has also worked for CBS Los Angeles news as well as other CBS sports affiliates. After CBS, Leahy joined NBC as a sideline reporter for the show American Ninja Warrior.

She joined Colin Cowherd, a renown journalist and show host who had joined FOX in yet another sports program as a co-host. This was in 2015, making it her official entrance to the network FOX as a news desk anchor for “The Herd with Colin Cowherd.” Among notable episodes on the show was in May 2017 when Leahy got into an on-air conversation battle with former professional footballer, LaVar Ball, who called her a “hater” and asked her to “Stay in your lane” after she asked him how many shoes he had sold from his clothing and shoes company, Big Baller Brand.

Fair Game With Kristine Leahy was an 30-minute afternoon interview show hosted by Kristine. The show aired on Fox’s FS1 sports cable network from October 2018 to it’s last episode on December 27, 2019. It involved one-on-one interviews with famous athletes, among them Master P, Shaquille O’Neal, and others. However, the show struggled to find an audience, which probably led to its cancellation a year later after it’s launch.