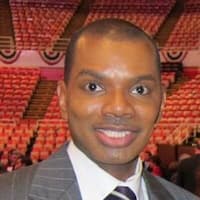 Keenan Smith is an American television broadcaster who works as a reporter/anchor for WXYZ-TV in Detroit, Michigan, during the morning and noon newscasts. Smith joined the network in September 2010 and worked as the network’s morning and afternoon meteorologist until March 2018.

Keenan is married to a woman whose identity is not revealed. They are parents of two sons.

What happened to Keenan Smith? – Career

The fact that Michigan has four distinct seasons drew him away from tropical weather forecasting in sunny South Florida. Keenan previously worked at WGN and CLTV in Chicago, as well as WEEK-TV in Peoria, Illinois, before joining WXYZ. His first job in television was with WGAL, the dominant NBC affiliate in Lancaster, Pennsylvania. He began as an intern and within a few months was anchoring cut-ins overnight.

Keenan left Lancaster to work “behind the scenes” for NBC News in New York City, where he worked for Dateline NBC and the NBC News Bureau in New York. Keenan is back in front of the camera at WZBN in Trenton, New Jersey, and Raleigh, North Carolina. Keenan was honored with an Illinois Associated Press Award for Investigative Reporting. He is a full member of the American Meteorological Society and carries the AMS Seal of Approval. Keenan was nominated for a Midwest Regional Emmy Award for Best Weather in 2005.