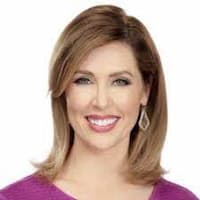 How old is Alicia Smith? – Age

Alicia is married to Erik, a Commerce Township native, and they have two rescue cats, Max and Mischa, whom they adopted from Michigan Humane during the pandemic in October 2020.

Alicia graduated from the University of Georgia’s Henry W. Grady College of Journalism and Mass Communication, where she also served as a George Foster Peabody Awards Student Judge.

In January 2007, Alicia joined Channel 7’s top-rated morning team. She has been an anchor and reporter since 1995, a year after starting out as a “one-man-band” journalist, shooting and editing all of her stories. She received the Emmy for Best On-Air Talent from the Michigan Chapter of the National Academy of Television Arts and Sciences in 2019 and 2010. Alicia took to the streets of Wayne County late at night in March 2007 to reveal a program that assisted victims of human trafficking. Her insightful special report earned her an Emmy Award for covering societal issues.

Alicia worked as an anchor/reporter at WWMT in Kalamazoo/Grand Rapids, where she produced and reported 11 stories in four days from Ground Zero in New York City for WWMT’s award-winning 9/11 anniversary special in 2002. Alicia’s series on the cold cases of two missing West Michigan children earned her another Emmy Award for reporting at WWMT. In addition, Alicia’s three-part special report “Facing Racism: A Daily Battle” received a Merit Award for Community Involvement from the Michigan Association of Broadcasters. In her weekly Don’t Waste Your Money series on WXYZ, she continues her work as a reporter, bringing people useful information and resources.

Alicia is passionate about giving back to the community and promoting causes near and dear to her heart, such as Michigan Humane, Make-A-Wish Michigan, the Epilepsy Foundation of Michigan, the Pancreatic Cancer Action Network (PanCAN), the Sky Foundation, the Salvation Army Eastern Michigan Division, Grant Me Hope, Friends of Foster Kids, the Michigan Adoption Resource Exchange, and the Detroit Riverfront Conservancy’s early literacy program Reading and Rhythm on the Riverfront.

Alicia is an animal lover who has hosted Channel 7’s annual Michigan Humane Day of Giving Telethon since 2008. For five years, she also created and led the BuildUp, a collaboration with Habitat for Humanity Detroit and WXYZ’s Detroit 2020 team to assist with construction and block improvement efforts in Detroit neighborhoods. Alicia previously worked as an anchor/reporter at WWMT in Kalamazoo, Michigan; WTVM in Columbus, Georgia; WBSG in Brunswick, Georgia; and CNN in Washington, D.C., WTOC in Savannah, Georgia, and WBSG in Brunswick, Georgia.