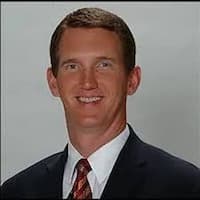 Dave Rexroth is an American certified meteorologist working as the Chief Meteorologist at WXYZ. He provides the latest weather updates and forecasts for all of southeast Michigan at 5 p.m., 6 p.m., 7 p.m., and 11 p.m. newscasts.

How old is Dave Rexroth? – Age

He was born on October 23 in the United States of America.

Dave graduated from Luther College in Iowa before going on to earn a master’s degree in meteorology from the University of Chicago, where he studied under Ted Fujita, creator of the famous F-Scale for tornado strength.

Rexroth and his wife Deborah, as well as their three sons, live in Oakland County. Coaching his sons’ baseball and basketball teams is one of his greatest joys in life.

In the year 2000, he joined the team as a meteorologist for Channel 7’s “Action News this Morning” and “Action News at Noon.” Dave worked as an evening meteorologist at WFOR-TV in Miami for three years before moving to Michigan. He covered Hurricane Irene as well as Tropical Storm Harvey. Dave previously worked at WRGB in Albany, New York, and began his career at WOI in Des Moines, Iowa.

Dave has also provided weather forecasts for national television shows such as Good Morning America and CBS News Saturday Morning. Dave won MAB awards for “Best Weather” in 2007 and 2008. He also won an Emmy for his work on the Lion King special.

Rexroth has an estimated net worth of $1 Million.