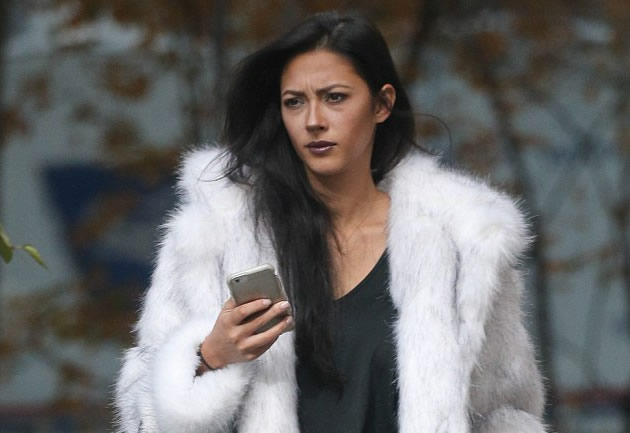 Jordyn Taylor is a model, singer, songwriter as well as real estate agent from America. She has released several songs in her music career and has two albums to her name. However, Jordyn is more known for her relationship with South African comedian, political commentator, writer and producer, Trevor Noah, her former boyfriend.

Some of the notable songs by Taylor include Louder Than Our Voices, Every Second, Set me Free, and Like You Never Left. One of her two albums is named after her while the other is known as Shine.

Jordyn was born in a family of three as the second born. She has two brothers; Justin Taylor is her elder brother and Mikey Taylor is Jordyn’s younger brother. The three were born to Jason Braff and Elayne Braff and were raised in New Mexico.

Jordyn has been in two known romantic relationships, one with the famous South African comedian, writer, political commentator, producer, television show host and actor, Trevor Noah. Prior to this relationship, Jordyn was in another relationship with the late Vincent Giuliano. Giuliano passed on in 2011 at the age of 21 after being involved in a car accident. Taylor wrote a couple of songs that were inspired by Giuliano after his death and they consisted of their shared memories.

Jordyn and Trevor Noah met in California and after kicking their relationship off, she moved to New York City with him as the host of The Daily Show on Comedy Central. The two could be spotted at public events together and she often posted Trevor’s pictures on her social media pages. On several occasions, she promoted Trevor’s book to her followers by mentioning it.

Noah is not one to be public about his relationship details hence Taylor was the one who revealed that the two had split. This was on January 4th, 2019 via an Instagram Q&A session. They apparently broke up in the summer of 2018, after dating for four years.

Taylor is of mixed race (multiracial). She is a descendant of the Filipino, Austrian, Mexican, and Chinese ethnicities. From her looks, one can conclude that she is a Filipino.

Jordyn is a musician with songs of the R&B/Soul genres. She is signed to Interscope Records record label. Professionally, Jordyn began music career when she was 15, after signing a record deal with Manta Productions. This was in 2005. She gained fame with her songs which she shared with the world through her MySpace page, a platform that is now-defunct.

In 2009, she wrote the song Accessory which became the soundtrack of Confessions of a Shopaholic, a romantic comedy film. This marked the highlight of her music career. However, she called it quits in her music career on January 25, 2014, in a long blog post.

Jordyn Taylor as a Model and her Height measurements

With her publicized relationship with Noah, it was also revealed that Jordyn is a model for auto shows. This is backed up by her social media pages that tell that Taylor is signed to LA Models and LA Talent agencies. Jordyn is 5’ 7 (5 ft 7 inches) and weighs about 55 kg. Her slender physique makes her fit into modeling perfectly. She attended the State Fair of Texas annual event in October 2015 and posted several pictures on Instagram.

Jordyn’s exact net worth is not known. However, some writers claim that she has a net worth of around $2 million, with this amount being drawn for her work as a model, real estate agent and music.