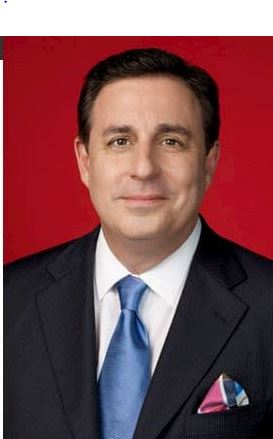 John Defterios journalist from the United States who is working as the CNN Business’ Emerging Markets Editor and Anchor in the network’s Abu Dhabi bureau. He joined CNN in 2011 and with a specialization in trade, geopolitics, and oil, his work focuses on top business stories from emerging economies.

How old is John Defterios? – Age

He is the son of Camarillo native Kosta Defterios, who owns the KD Nursery in Ventura, California, and Leonora Defterios of Ojai, a vegetarian chef, and caterer there.

He has been married twice with his first marriage ending in a divorce. Defterios is married to the Freelance journalist Manuela Mirkos. The couple met at the time Mirkos was working at The New York Times. They wedded in 2002, in a Greek Orthodox ceremony on the island of Sifnos, with their marriage being officiated by the Rev. Nikolaos Mavroyiannis.

Defterios is a journalist whose salary and net worth are not revealed, there are no records of his wealth.

He graduated with a BA in Journalism and Political Economics from the University of Southern California and was a fellow at the Institute of Politics and Government at USC in Washington, D.C. In breaking news situations, Defterios has developed a long-standing reputation for obtaining exclusive interviews with high-level leaders, including HH Sheikh Mohammed bin Rachid, PM of the UAE and Ruler of Dubai, King Abdullah II of Jordan, Ali Al Naimi & Khalid Al Falih, Saudi Arabia’s Energy Ministers, HH Prince Alwaleed Bin Talal Al Saud and Mexico’s President Enrique Peña Nieto, as well as several of the Saudi Arabian Energy Ministers.

Defterios has three decades of financial news and current affairs experience covering some of the landmark events during that time, including the Gulf War, the collapse of the Berlin Wall, the bombings at the World Trade Centre and the summits of the G8/G20, the L.A. Riots in his London, Washington, New York, Los Angeles, Rome, and U.A.E. posts. He is the Media Representative of the World Economic Forum and a member of the Global Agenda Council on the Arab World and serves on the board of the Stern Stewart Institute in Germany, a non-profit leadership and entrepreneurship advocacy organization.

Every year, Defterios chairs more than a dozen high-level gatherings, including the World Economic Forum, the OPEC Seminar, the IMF Roundtable, the St. Petersburg International Economic Forum, the Energy Forum of the Atlantic Council, the U.A.E. World Government Summit, the U.S.-Saudi Investment Summit, the Annual Meeting of the Islamic Development Bank and the Future Investment Initiative of Saudi Arabia. Before CNN, Defterios worked as a European Correspondent, U.S. West Coast Correspondent, and special series director for Reuters Television in a joint venture with PBS-The TV’s Nightly Business Report.