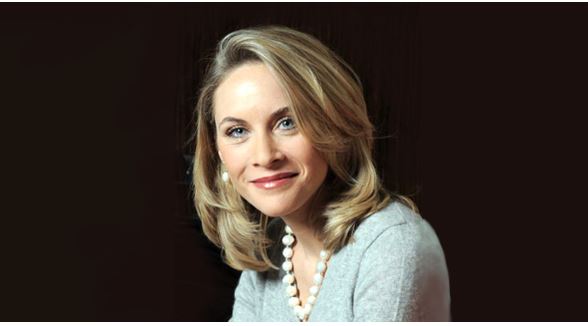 Nina has not revealed her age and when she celebrates her birthday.

She is a married woman, however, she has not revealed the identity of her husband and it is not known if the couple has a child.

Nina also speaks fluent French and Italian, as well as Spanish, Portuguese, and German. She is half English, half-Dutch.

Having anchored many business shows for CNN International, Nina is a valued anchor. As Editor for Europe, Nina has dealt extensively with the Brexit referendum and the current UK-EU negotiations. She also reported on important stories from the area, including the recent Novichok attacks in the United Kingdom-her reporting on the case of Skripal Novichok saw her secure some exclusives around the perpetrators’ movements.

She has also anchored many global news events, including the award-winning coverage of the Paris Attacks by CNN in 2015 and those in 2016 in Brussels. In the wake of the attacks, Nina collected exclusive footage of the terrorists who were partying just months before they went on to kill, interviewing two associates of six of the suspects in the infamous Molenbeek suburb of Brussels. Following the arrest of Dominique Strauss-Kahn in New York, Nina received a number of global exclusives from the International Monetary Fund upon joining CNN. She was the first journalist to get a copy of the letter of departure from the former managing director, written in prison and exposed the female IMF staff’s debate over whether it was time for a woman at the helm.

Nina, an accomplished moderator, has chaired committees at the World Economic Forum and the United States Marshall Fund meetings. She has also organized events at the European Parliament in Brussels, Chatham House in London, and at the annual meeting of the Ambrosetti Forum in Cernobbio, Italy.

Before moving into broadcast news as a presenter with Bloomberg Television and later with Sky News and NBC News, Nina started her career in print news with internships at the Financial Times Group and Dow Jones & Co.Nina holds a BSc from Imperial College London in Biological Sciences and a Masters in Economics. Nina also speaks fluent French and Italian, as well as Spanish, Portuguese and German. Half English, half-Dutch. Nina lived and worked in Italy for a number of years prior to moving to London in 2005. She has spent time in Spain and France.